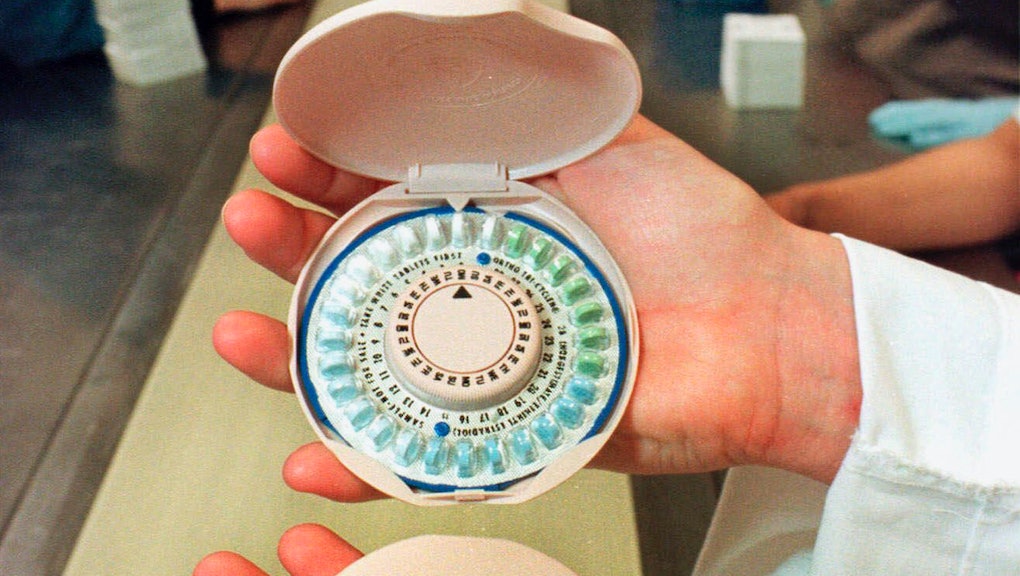 There's no denying the birth control pill has been instrumental in the women's rights movement at large. Since the pill was approved for contraceptive use in 1960, women have gained increasing autonomy, over both their own sex lives and their reproductive health. Yet for many women, the pill hasn't led to them feeling empowered over their own bodies. In fact, it's been nothing short of a total nightmare.

That reality of taking birth control is being spotlighted with #MyPillStory, a hashtag that encourages women to share their own, truthful experiences with taking hormonal contraceptives, side effects and all.

The hashtag was inspired by Holly Brockwell, a U.K.-based writer who wrote a piece for the Telegraph about her decision to stop taking hormonal contraception and opt for sterilization instead, at the age of 30. In the piece, Brockwell wrote she has taken "every form of the pill" and that all of them have made her physically ill.

Following the publication of her essay, Brockwell tweeted the following screengrab of her response to a male commenter, who took issue with her decision to stop taking birth control:

In response to the uproar over Brockwell's story, writer Kate Bevan created the hashtag #MyPillStory, encouraging women to share their own experiences of its negative side effects, from persistent nausea to chronic spotting to depression and anxiety.

Above all else, one narrative emerges: that one person's preferred method of birth control doesn't necessarily work for another, because all women's bodies are different.

As documented by the women in #MyPillStory, side effects of the pill include nausea, spotting, weight gain and mood swings. Rarer and more severe side effects include high blood pressure, increased risk of stroke and developing blood clots.

But these side effects vary widely depending on a person's individual chemistry and the specific kind of hormonal contraception they're taking. Birth control pills like Yaz and Yasmin, for instance, which contain a synthetic version of the hormone progesterone, have been investigated by the Food and Drug Administration for potentially putting women at an increased risk for blood clots. One study estimated that taking such hormonal contraceptives can increase women's risk of developing clots threefold. (Lower dose versions of hormonal contraceptives don't carry quite the same risk.)

It's also important to note that despite sensationalistic headlines and right-wing propaganda decrying the pill as potentially lethal, for the most part it has been deemed an extremely safe method of contraception. While some women, such as smokers and women over the age of 35, are more susceptible to risks, some studies have actually found that long-term use can aid your health, making you 50% less likely to develop uterine and ovarian cancers.

Above all else, the takeaway from #MyPillStory shouldn't so much be that the pill is "bad" or dangerous (and Brockwell herself said as much on Twitter); it's that choosing your contraceptive method is an incredibly personal decision. While the stories women have shared on Twitter are undoubtedly sad, they do not apply to everyone.

Ultimately, when it comes to choosing what type of birth control is right for you, women should take the potential side effects and risks of hormonal birth control into account — just as they would with any other medication. And perhaps the most important takeaway of all? No one should ever fault women like Brockwell for deciding what they want to do with their own bodies.