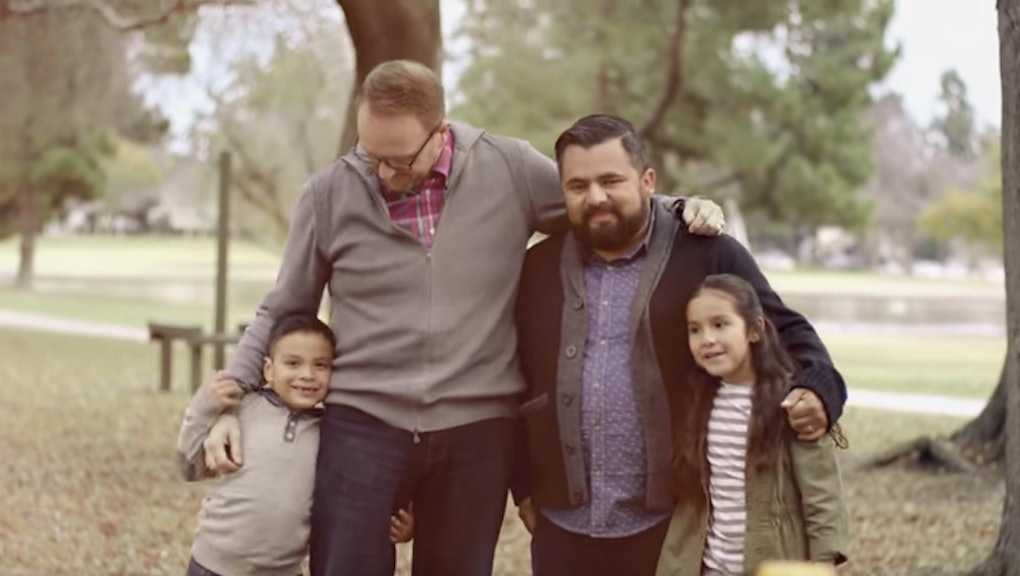 The word "wholesome" has taken on a rather less-than-wholesome connotation, suggesting a moralism that would largely reject sex positivity, gender fluidity, the right to choose, etc. Honey Maid is trying to change all that with its This Is Wholesome ad campaign, rebranding wholesomeness as acceptance and inclusivity. Its latest commercial, Mis Hijos — or My Children — does precisely that.

Read more: Dolce & Gabbana Made Purses to Celebrate Same-Sex Families and They're... Interesting

"I did not know your partner would be a man," a father explains, in Spanish, to his son. "It was a shock. I thought I had lost my son."

"But now I realize I have two," he continues, the camera panning toward son and son-in-law. "I think any child would be lucky to have dads like you."

Mis Hijos is one of many commercials in a campaign that emphasizes "true acceptance," according to a press release from Mondel?z International, the company that owns Honey Maid. The ads tell "the stories of families who have been brought closer together through one thing: acceptance." One commercial features a family whose father lost both legs in active duty; another features people coming out to their parents; yet another depicts a Muslim woman forming a friendship with her neighbor. The campaign addresses same-sex couples, adoption, single parents, mixed families — all with an eye on redefining what family really means.

"We're encouraging Americans to view the world through the eyes of acceptance," Honey Maid Equity Brand Manager Katrina Plummer said in the press release, "and remember that no matter how families might change, just like our products, what makes them wholesome remains the same."