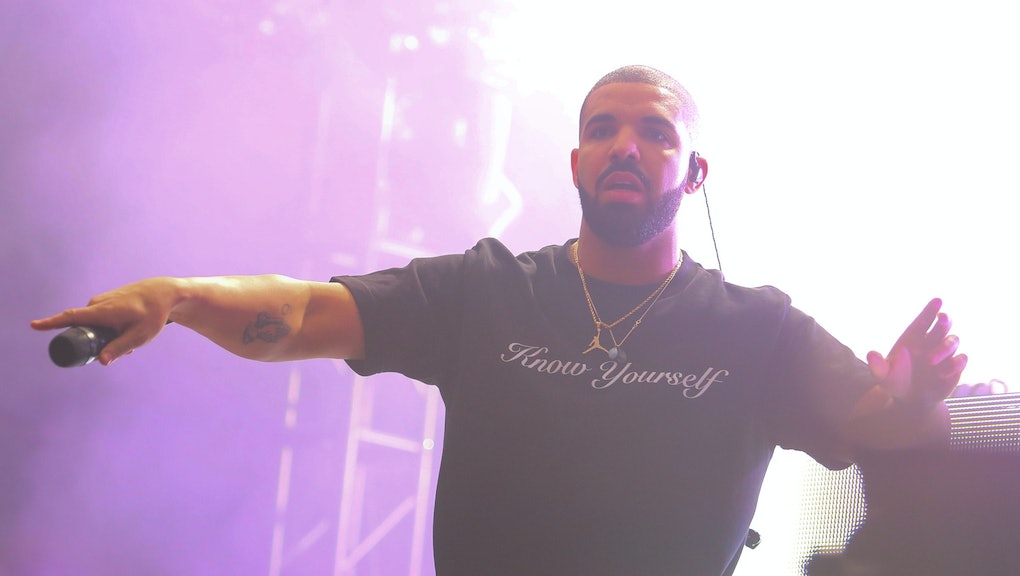 Drake Just "Debuted" the 'Views From the 6' Cover on London Building, Is a Big Tease

What are you trying to tell us, Drake? On Tuesday, the rapper released two new songs — "Pop Style" and "One Dance" — and on Wednesday, he appeared to have debuted the artwork for his forthcoming album, Views From the 6. But then it turned out to be just another teaser. What does it all mean?

Read more: Drake's Album Art for 'Views From the 6' May Have Been Leaked During NBA All-Star Weekend

According to Fader, who tweeted an image of the unconventional debut, the official cover of Drake's fourth studio album was projected on the side of a London building Wednesday. Island Records reportedly confirmed that Views From the 6 would feature what's basically the negative of the artwork from Drake's January single, "Summer Sixteen." The projection appeared on the side of the Royal Opera House in London's Covent Garden shortly after 8 p.m. local time (4 p.m. Eastern).

Fader shared the image in a tweet, which has since been removed — likely because Pitchfork swooped in to clarify that the projection wasn't a debut of the cover at all, just "a reminder that the album is coming." As if we'd forgotten. Pitchfork says that the big day will dawn at the end of April... We say:

While there's no exact drop date slated for Views From the 6 as of yet, the Canadian rapper said it will drop sometime in April. Which is to say: any day now. Brace yourselves, internet people.