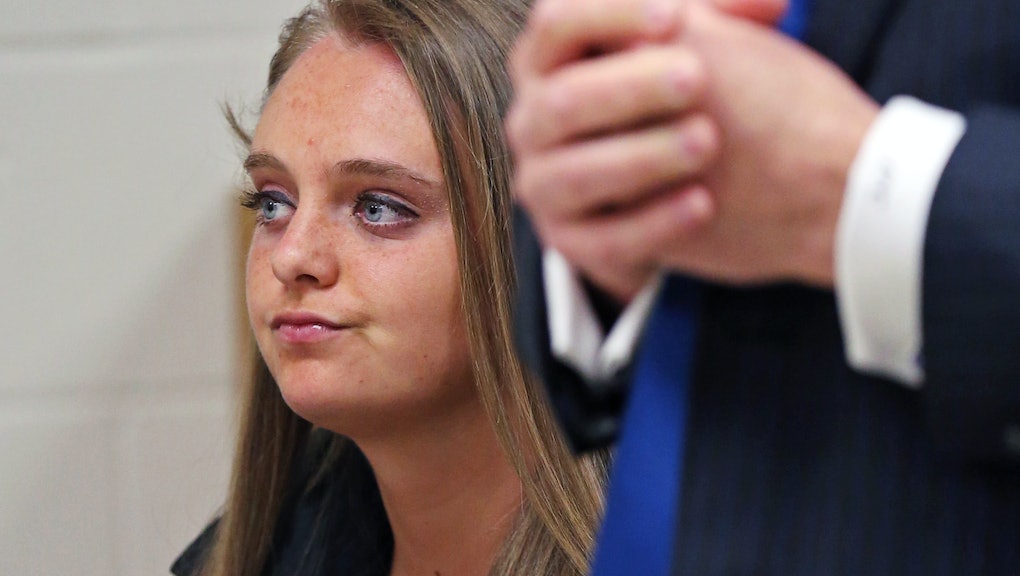 If you encourage someone to end their life by suicide, or neglect to stop them going through with it, are you inherently implicated for their death? Michelle Carter, who encouraged her boyfriend, Conrad Roy III, to kill himself, is at the center of an involuntary manslaughter charge over his 2014 death and could face up to 20 years of imprisonment if convicted. Massachusetts' highest court will be hearing arguments Thursday on whether the case against Carter will go forward.

Boston.com reported that in July 2014, Roy "parked his truck in a Fairhaven parking lot, turned on a generator inside the cab, and slowly died of carbon monoxide poisoning." Both Roy and Carter had been corresponding with each other via text and phone call prior to his death; at one point, when Roy expressed cold feet and said he became "afraid," Carter had sent him numerous text messages, encouraging him to get back into the truck.

Roy and Carter had met each other in Florida, though their two-year relationship was mostly over the phone. Roy had social anxiety and was severely depressed, according to Boston.com. Carter, who was also afflicted with an eating disorder, dissuaded Roy from seeking help during the days prior to his death, and proposed that he "just do it," instead of belaboring and talking about killing himself.

The defense's argument: Carter's attorney, Joseph Cataldo argues that Carter's actions didn't constitute serious bodily harm, arguing that Roy's decision to end his life by suicide had already been made through his own volition.

"All [Carter] did is talk to someone," Cataldo said, according to Boston.com. "[Roy] got the generator. He took all the necessary steps ... He ignored her repeated attempts to dissuade him from killing himself for a good month prior to him ending his own life." Cataldo also argued that the prosecutors were trying to criminalize Carter's texts and phone conversations, which are covered by the First Amendment.

Carter is being charged as a youthful offender, and the result of her trial can have longterm ramifications in future decisions and prosecutions, even in lesser cases. Ken Paulson, president of the First Amendment Center, told Boston.com that however abhorrent Carter's texts were, she didn't have legal responsibility: "Under the law, she's not required to be a good human being."