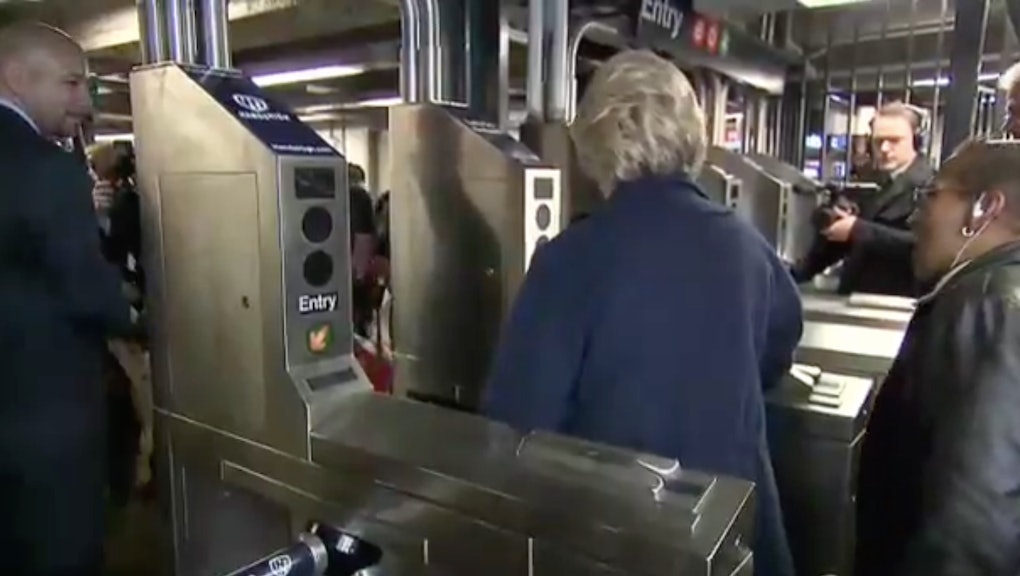 Is Hillary Clinton's NYC Subway Turnstile Fail the Most or Least Relatable Thing Ever?

One of the foremost criticisms of Democratic presidential candidate Hillary Clinton is that she isn't likable enough; when she attempts to fix that, she's criticized for trying too hard. Others accuse Clinton of pandering to minority populations and young voters and just want her to "be real."

In what appears to be an attempt to show voters she's a woman of the people — specifically New Yorkers, who are headed to the voting booths April 19 — Clinton decided to take the New York City subway on Thursday. But her descent into the pizza-rat-infested urine-scented underbelly of public transit didn't go so smoothly when Clinton approached the turnstile and couldn't figure out which way to swipe her MetroCard.

Classic. Or is it?

Despite her two terms as New York senator, many go after Clinton for not being a true New Yorker and the media has gone back and forth over who is more New York: Chicago-born Clinton who lived in the state during her run as senator, or Brooklyn-born Bernie Sanders who represents Vermont.

For those who believe Clinton is still a total poser, the turnstile fail is reason more to cast her out of the inner circle of authentic New Yorkers who refuse to toast their bagels or get to know their neighbors.

Still anyone who's ever ridden the NYC subway knows the struggle is real, and even a veteran straphanger will occasionally find themselves fumbling with their MetroCard.

After all, isn't this too a "New York value"?

Read more: Bernie Sanders Just Took His War of Words With Hillary Clinton to the Next Level