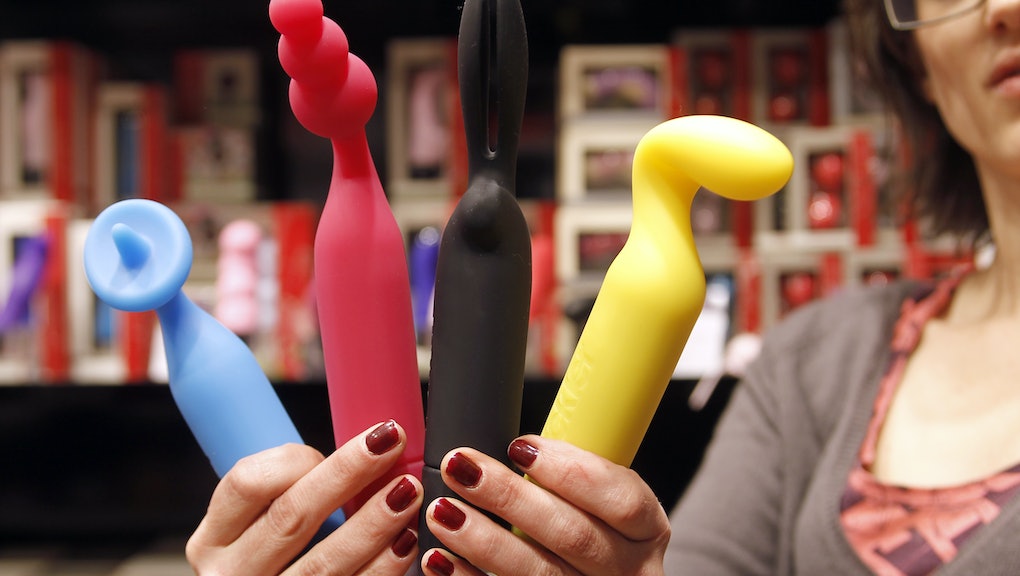 In a world where female pleasure is stigmatized and there's a well-documented gap between how often men and women have orgasms, what's a sex-positive mom to do?

Land's philosophy is currently going viral thanks to an article she wrote for SheKnows called "If we don't want our daughter to have sex, we owe them their own vibrators."

In the piece, Land discusses the double standard between how boys and girls experience sexual discovery. She writes:

Boys, with their access to pornographic material, expect girls they have sex with to enjoy it like the women in the films do. Girls, wanting boys to like them, agree to sexual acts that are well beyond their maturity level, and often ones a lot of grown women don't find pleasurable.

In an email interview, Land said that the article was mostly born out of frustration with how often teen girls wind up engaging in sexual activity that is "mainly for the enjoyment of males." "The absence of self-pleasure sets girls up for engaging in sex at an earlier age, without knowledge of how their bodies work," she said.

"Wouldn't an eager boy's erection be a little less tempting (if it's tempting at all) when countered with knowledge of what good sex could really feel like?" Land asks in the piece.

But Land's claim that girls are at a disadvantage in the first place isn't unfounded. There is plenty of research suggesting that women who sleep with men aren't always getting orgasms out of the deal. One 2015 survey found that only 57% of women report regularly orgasming during sex, as compared to 95% of men.

This article was originally published on April 8, 2016