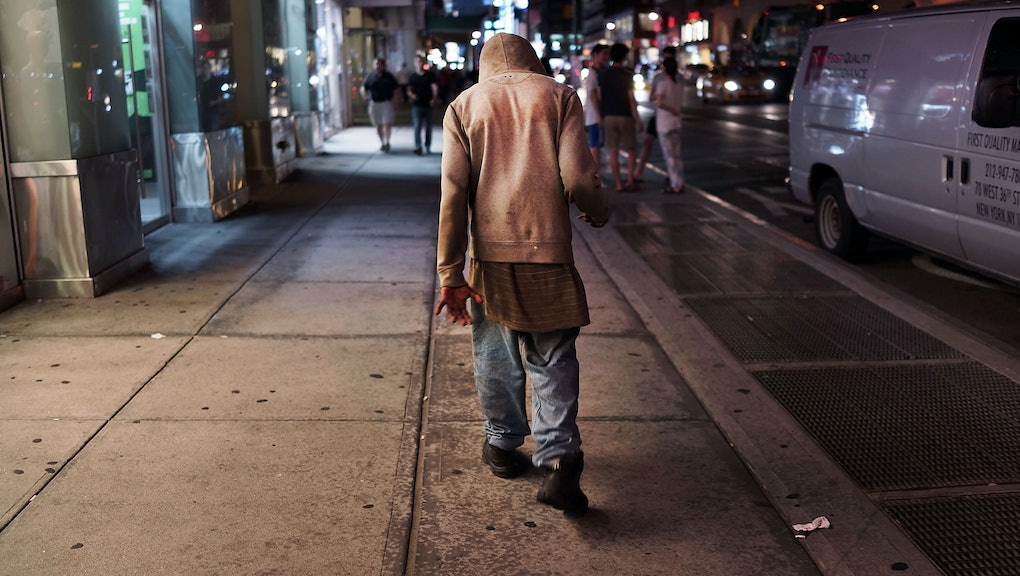 The Life Expectancy Gap Between the Rich and the Poor Is Growing, With a Major Exception

The life expectancy gap between the rich and the poor is growing. But depending on where they live, the poor may be seeing their longevity plummeting to developing country lows — or rising to match middle class life expectancy — and the reasons for it aren't entirely obvious.

Those findings come via a massive new study published by the Journal of the American Medical Association on Monday, which is the latest and arguably most detailed addition yet to an ongoing debate among public health scholars and economists on how higher income corresponds with longer life.

Read more: New Research Shows the Rich Are Living Longer and Longer Than the Poor

The study, whose findings are summarized in a much more layman-friendly manner at the Health Inequality Project website, documented the complex nature of the growing longevity gap between the haves and the have-nots in American society. Since the turn of the millennium, the richest Americans have added three years to their life expectancy, but overall the poorest Americans haven't gained any. The richest American men outlive the poorest ones by 15 years, and the richest women see 10 more years than the poorest women.

The tale of two Americas told through life expectancy numbers is significant, but not in and of itself shocking. The most interesting findings from the study are related to its identification of geography as a major factor in the fate of people who are poor.

The report found those who are poor live longest in California, New York and Vermont. Their lowest life expectancies are in Nevada and then a collection of eight states: Michigan, Ohio, Indiana, Kentucky, Tennessee, Arkansas, Oklahoma and Kansas. One of the authors of the paper called it the "drug overdose belt," because it mirrors the region of the country hardest hit by the opioid epidemic, according to the New York Times' report on the study.

Life expectancy for New Yorkers who are poor is six years higher than for those in Detroit. Geography places far less of a role in life expectancy differences for people who are rich, where for those cities the gap is less than a year.

What's the explanation as to why certain locations are more conducive to a longer life for people who are poor? Some of the obvious variables don't explain it. Medicare spending, insurance coverage rates, employment numbers and wealth inequality are all important contributors to health patterns, but don't go a long way toward explaining the longevity gap. The study pointed instead to trends in health behavior, like smoking and exercise. And cities that have well-educated populations and high levels of local government expenditures tend to have poor people who live longest. City governments that take activist roles in public health by doing things like banning trans fats in restaurants and forbidding certain kinds of indoor smoking could be playing a role in those situations.

Addressing the underlying political and economic factors contributing to wealth and income inequality would likely address many of the discrepancies in health between those who are poor and those who are rich. But the study suggested even before that long-term issue is dealt with, there are other factors in quality of life that can help us better understand how to improve the lives of those who have the least.