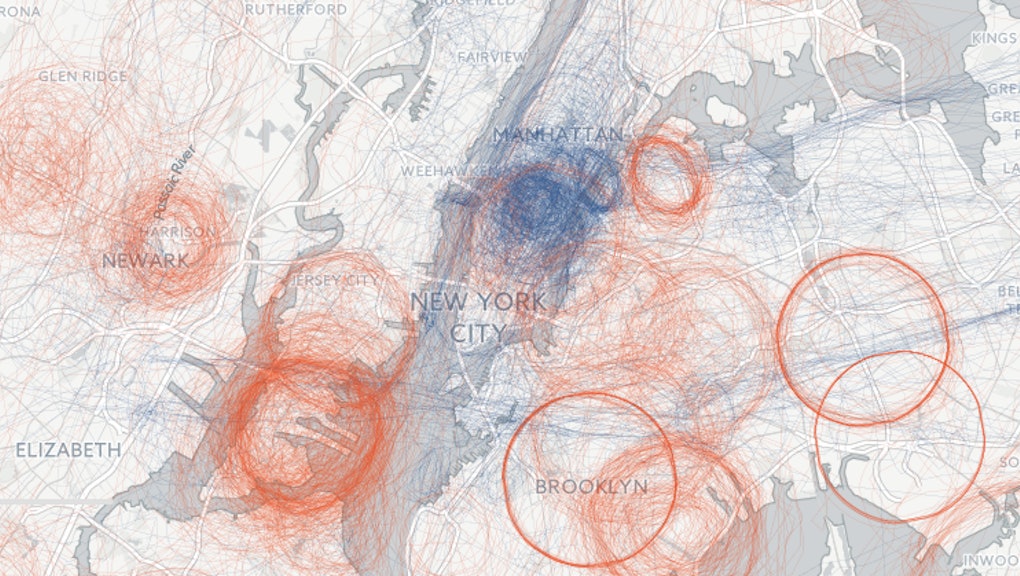 Is There an FBI Plane Circling You Right Now? This Map Will Tell You

The idea of black helicopters and fixed-wing airplanes silently spying on us from above is the stuff of conspiracy theories.

But that paranoid vision contains a nugget of truth: There are, very probably, government planes with silencers on their mufflers, and they're quietly circling many major cities in America.

In an investigation of flight patterns, aircraft registries and the open record of more than a dozen fake companies set up by the Federal Bureau of Investigation, BuzzFeed created an interactive map showing the secret overhead surveillance of government helicopters and planes in the last four and a half months of 2015.

BuzzFeed tracked almost a hundred FBI planes and a dozen helicopters, as well as nearly a hundred more from the Department of Homeland Security. Still, BuzzFeed has likely just scratched the surface of the true number of planes and aircraft used in surveillance measures, according to the report.

The government's explanations: The DHS says these surveillance maneuvers are specifically for border patrol, the illegal drug trade and human trafficking.

The FBI claims these helicopters and planes are chartered for specific, targeted investigations, as opposed to broad surveillance of the population. But some of the flight patterns show authorities circling mosques, or neighborhoods typically inhabited by certain minority groups, like Little Mogadishu in Minneapolis or Little Kabul in Fremont, California, the report found.

Another odd insight from BuzzFeed's investigation is that the aerial surveillance seemed to take weekends off. Flight time plummeted by over 70% on Saturdays, Sundays and federal holidays.

So is there an FBI plane over your head? If you check out the original investigation, the map has a small search bar on it that will show if any planes circled your neighborhood in the latter months of 2015.