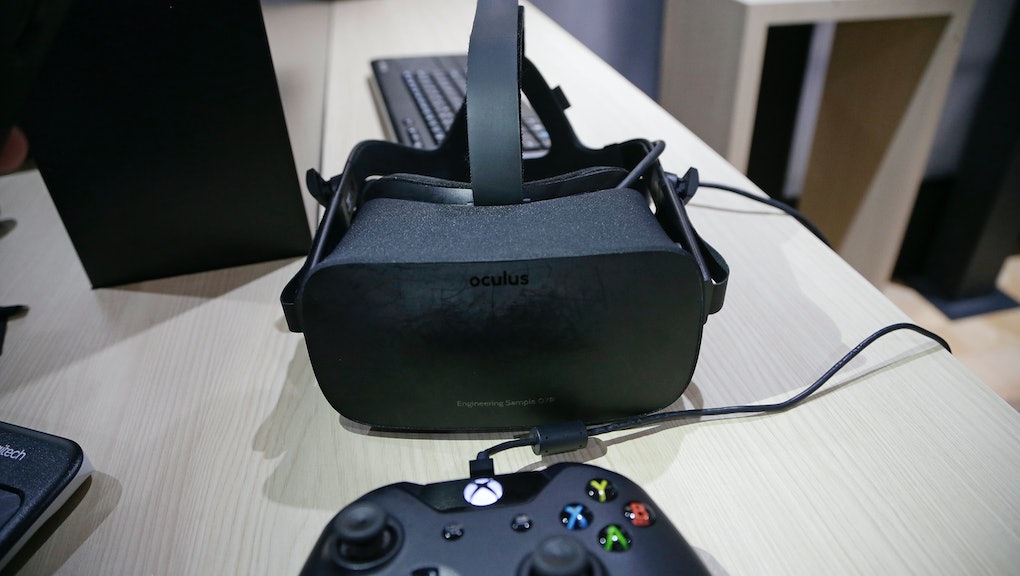 The NFL Is Considering Virtual Reality to Combat Workplace Discrimination

Football players have just started to use virtual reality to train for on-field plays. Now, the NFL is planning to use the same technology to prevent workplace discrimination.

The organization is reportedly interested in working with a VR sports training company called Strivr to carry out its diversity education, according to USA Today. Strivr's technology uses virtual environments to help employees better understand harassment and racial discrimination.

"Feeling prejudice by walking a mile in someone else's shoes is what VR was made for," Jeremy Bailenson, co-founder of Strivr and director of Stanford University's Virtual Human Interaction Lab, said, according to USA Today.

Bailenson wouldn't offer Mic specifics on what the NFL's diversity training platform will look like, but the Virtual Human Interaction Lab has run similar programs before. In past experiments, Bailenson had participants of varied ethnicity view themselves as avatars with either black skin or white skin. In others, he's had people experience what it's like to be colorblind or to feel like an elderly person through virtual environments.

"The beauty of VR is that while the conscious mind knows the simulation is fake, the whole idea of 'presence' is that the brain treats virtual reality experiences as if it were real," Bailensen told Mic in an email.

However, there are still questions about how long that resulting empathy can last.

"The take-home message here is that using VR for teaching diversity will be a process," Bailenson said. "It's not a magic bullet, and it's important to iterate on design and continually test and refine the simulations."

The NFL isn't alone. This isn't the first time VR has helped convey what it's like to live in someone else's shoes.

At South by Southwest in March, Planned Parenthood set up a virtual simulation of what it's like to walk through a net of protesters in an abortion clinic parking lot. The scene worked as intended: It was "scary as hell," according to Broadly.

Empathy is an effective way to teach diversity, one expert says — and virtual reality is a promising way to do it.

"I am a firm believer that the best way to help people show more respect ... is through helping them 'buy into' the impact that disrespect has on others," workplace diversity expert Sondra Thiederman said in an email. She thinks virtual reality is "a good first step" toward helping people empathize with victims of discrimination.

But for people to really understand one another's differing perspectives, they need more than just a virtual simulation, Thiederman said.

"It is imperative that, after the experience, participants have an opportunity to debrief their experience and resultant feelings with a professional who truly understands the dynamics of diversity/inclusion and bias," she said.

"In other words, this cannot be a standalone program that is a substitute for a facilitated discussion."