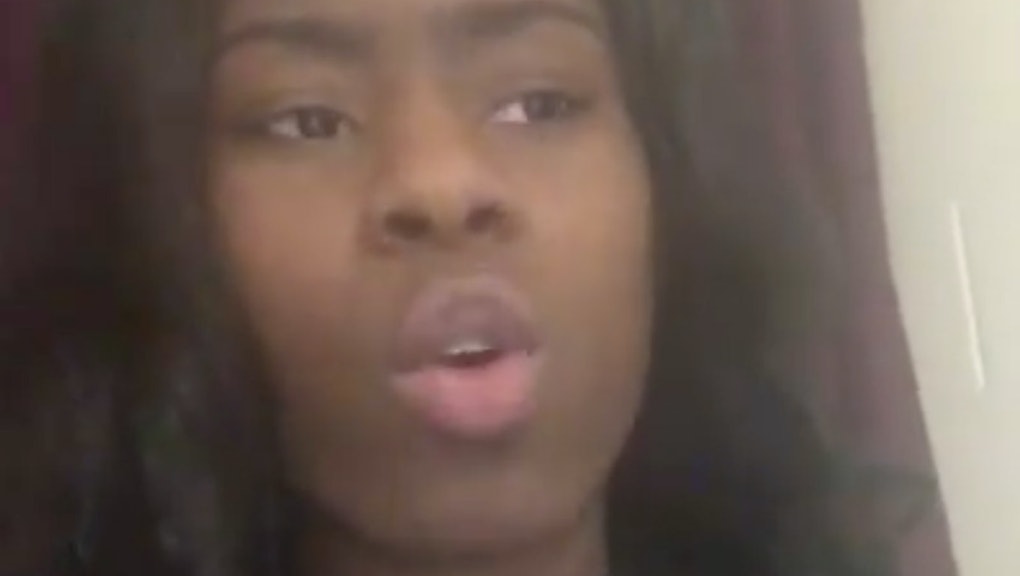 It's getting harder and harder to escape them: "Trump Bros." And this young woman's story illustrates what happens when students no longer feel comfortable at their own school.

Southern Illinois University officials are investigating claims of racism made in a video by student Leilani Bartlett, Raw Story reports.

In the Facebook video, Bartlett recounts an incident where she and a fellow student, both black, saw a group of students who support Trump meeting together. She saw "Go Trump" posters and "Build a wall" and "Fuck Bernie" written on the ground in chalk all over her campus.

However, those signs didn't bother her as much as the students' conversations did.

"They said the Black Lives Matter movement was retarded, they told us to go back to Africa," Bartlett said in her video. "They saying the N word, calling us niggers, all types of stuff."

"I'm all about having your own political views ... But it's the point where it gets disrespectful. Me and my friends are the minority in this residence hall. Meaning, it's a handful of us, and the rest are predominantly white."

Bartlett also said that because of multiple incidents like these at her college, she wasn't sure of her safety on campus when she went to bed at night. Bartlett said she was not willing to let their conversation continue without speaking up.

Bartlett said she was tired of hearing that black people are "to blame for our circumstances."

SIU spokeswoman Rae Goldsmith told the St. Louis Post-Dispatch that the Office of Student Rights and Responsibilities launched an investigation into the incident.

"We're taking it very seriously," Goldsmith said. "We care a lot about the welcoming nature of our campus."

SIU interim chancellor Brad Colwell said in a statement to the Post-Dispatch that "free speech is an important right and value. It is also important to use that right wisely and respectfully."

As of Wednesday afternoon, the video had garnered over 160,000 views and over 5,000 shares. Commenters have also praised and offered support to Bartlett.

Given some of the scary things that "Trump bros" have been saying lately, it's easy to see why Bartlett was uncomfortable. And that's why she deserves even more credit for speaking up.