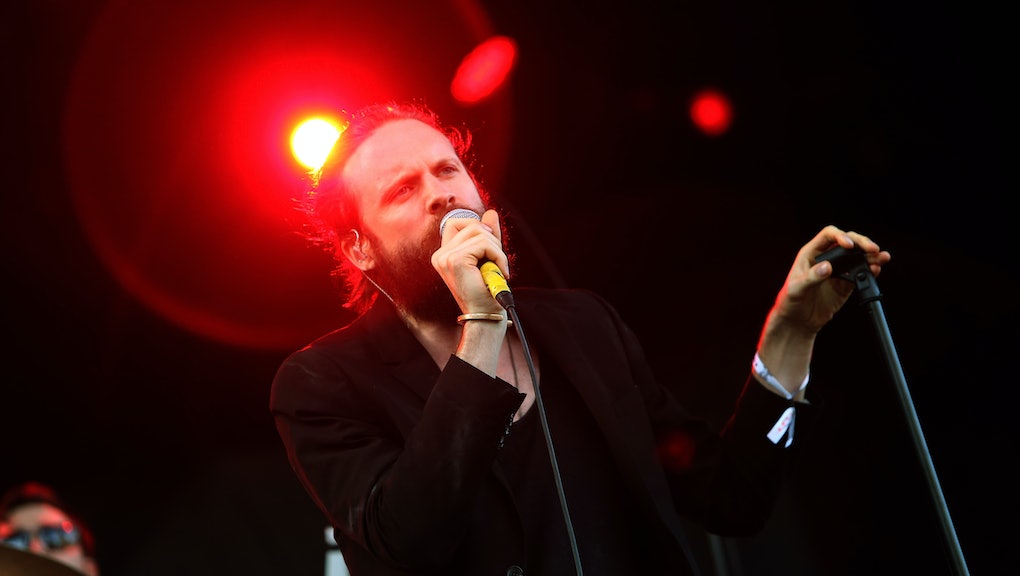 There is a fine line between a squad and a cult, and folk visionary Joshua Tillman has seen it clear as day.

In a new interview with Rolling Stone, Us Weekly reported, Joshua Tillman, better known as sardonic folk humorist Father John Misty, told a story about attending a Taylor Swift show in Melbourne, Australia, on a "hero's dose" of LSD.

"I experience the show like an 8-year-old girl — as much as that's possible for a 35-year-old man," the artist told Rolling Stone. "It was holy. It was psychedelic. She fully impregnated my dilated soul with her ideology. I remember laughing uncontrollably. I remember going outside for a smoke and thinking, 'I need to get back in there.'"

However, not everything was sunshine and tie-dyed rainbows. When Swift started in on the inspirational speeches her 1989 tour was known for, that holy experience began to feel very cultish.

"There was a disturbing aspect," Tillman said. "This insistence on telling girls, 'I'm normal, don't let anyone tell you what you should be.' If you wanted to curate an evening with the Grand Leader, this is what you would do. It's a very, very false normal. And that's dangerous."

Tillman's words are difficult to unpack, but they may ring true for anyone put off by the endless parade of high-powered celebrity "friends" Swift added to her squad throughout the 1989 Tour, or her other ruthless empire-building tactics.

It could also just be mystic drivel, another media stunt like Tillman's last foray into Swift's world, when he covered Ryan Adams' cover of "Blank Space" because Lou Reed told him to in a dream. He spoke to that incident in his Rolling Stone interview as well, explaining he was aiming for Adams more than Swift.

"I was taking this dude to task for what I saw as a grotesque stunt and matching it with another grotesque stunt," Tillman said. "It ironically became the biggest publicity I've ever received, and that grossed me out. I had to take them down. Which then, of course, made it even bigger. It was such a comedy of errors."