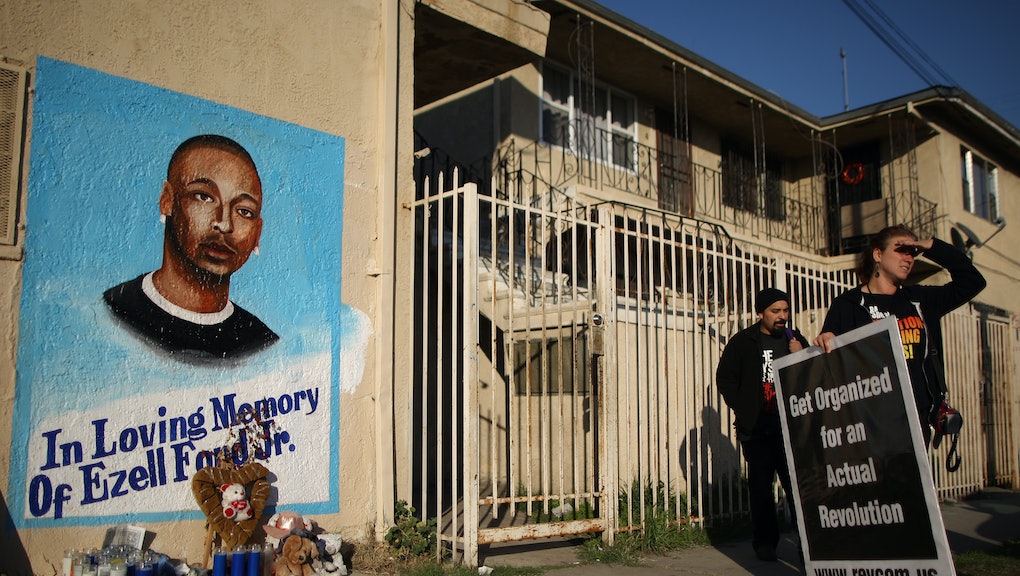 The topic of mental health is sometimes considered taboo in some black communities, despite the fact that in a given year an estimated 14.8 million people suffer from depression, one of the most common mental disorders in the nation.

Instead of receiving professional help for their depressive episodes, black men are often told to "pray it away" by older family members who find solace in scripture. Others are told to "man up" or "stop being a punk."

Very little research has been conducted on black men and depression, but a 2015 paper published in the Journal of Health Care for the Poor and Underserved found that black men suffering from depression "continue to underutilize mental health treatment and have the highest all-cause mortality rates of any racial/ethnic group in the United States."

Mental health professionals agree that because black men aren't talking about depression, the disorder is often swept under the rug. "A lot of times it's issues around gender performance, expectations, how we look," Dr. David Malebranche, a physician, told News One. "With Black men, people don't want to see us as depressed and it's not on the radar for health care providers to see us as depressed."

Read more: What MarShawn McCarrel's Death Says About the State of Mental Health in America

Hiding emotions and stress can sometimes be conflated with the idea of strength and masculinity. A 2012 study from researchers at the University of North Carolina at Chapel Hill found that black men are at higher risk for depression when they mask their emotions.

"We know that traditional role expectations are that men will restrict their emotions or 'take stress like a man,'" study author and assistant professor of health behavior at UNC's School of Public Health Wizdom Powell Hammond said in a statement. "However, the more tightly some men cling to these traditional role norms, the more likely they are to be depressed."

The study, which collected data by surveying over 650 black men ages 18 and over, took place between 2003 and 2010 across the United States.

"It also is clear that adherence to traditional role norms is not always harmful to men," Hammond continued. "But we don't know a lot about how these norms shape how African-American men confront stressors, especially those that are race-related."

Blacks are 20% more likely to suffer from a debilitating mental health condition than their white counterparts; 40% of white people seek help, compared to 25% of black people, according to the Health and Human Services Office of Minority Health.