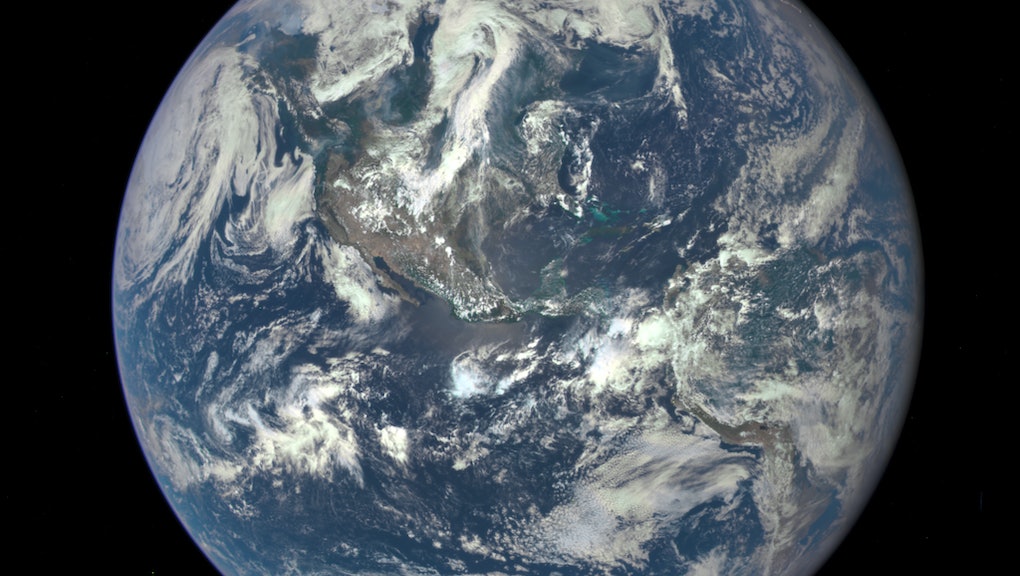 The Earth's Axis Is Tilting Thanks to Climate Change, NASA Scientists Say

The very Earth is trembling under humanity's feet — or more accurately, smokestacks.

Scientists from NASA's Jet Propulsion Laboratory have determined climate change is actually causing the tilt of the Earth's axis to change, the Associated Press reported Friday.

Using satellite data, the scientists found as global climate change causes ice sheets across the planet to melt, releasing their water weight, the Earth's polar motion has stopped wobbling toward Canada and is now wobbling toward England.

JPL scientist and study lead Surendra Adhikari told the news agency the difference was "very dramatic," though functionally harmless. The data primarily serves to show the scale of human impact on the environment.

"It is due to climate change without a doubt," Adhikari told Climate Central. "It's related to ice sheets, in particular the Greenland ice sheet."

A 2013 study first credited the change in the Earth's wobble, which began in 2000, to the loss of ice in the Greenland ice sheet, according to Scientific American. "If you're losing enough mass to change the orientation of the Earth — that's a lot of mass," John Ries, a University of Texas at Austin senior research scientist who worked on that research, told the magazine.

The overwhelming scholarly consensus is that rising average global temperatures are the result of mass human industrial activity, with emissions of greenhouse gases like carbon dioxide to blame. 2015 was the hottest year ever recorded by scientists, according to NASA, beating the record set in just 2014.

"As I've noted elsewhere, the likelihood that two consecutive record-breakers would have happened by chance — in the absence of global warming — is less than 1 in 1,000," Pennsylvania State University climatologist Michael E. Mann told Mic in January. "Despite the continued false claims by climate change contrarians to the contrary, the globe continues to warm at the rate that the models predict it should be warming given our ongoing burning of fossil fuels."