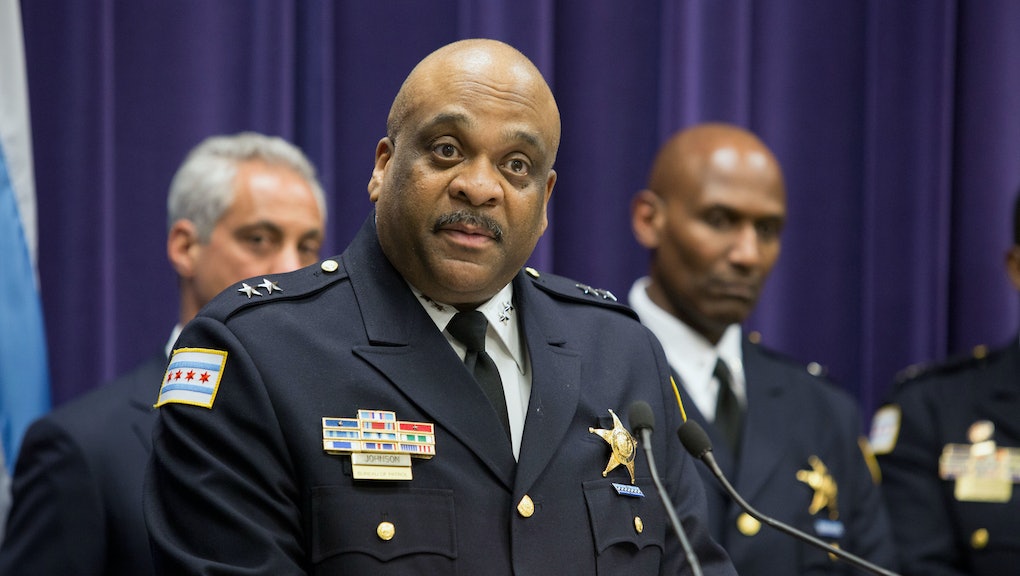 In November, widely maligned Chicago Mayor Rahm Emanuel announced the formation of a Police Accountability Task Force, a five-member panel designed to "review the system of accountability, oversight and training that is currently in place for Chicago's police officers."

On Wednesday, that panel released an 18-page draft of its executive summary to the Chicago Tribune. Here's one takeaway: The Chicago Police Department is really, really racist.

The report states, according to the Tribune:

Racism and maltreatment at the hands of the police have been consistent complaints from communities of color for decades. False arrests, coerced confessions and wrongful convictions are also a part of this history. Lives lost and countless more damaged. These events and others mark a long, sad history of death, false imprisonment, physical and verbal abuse and general discontent about police actions in neighborhoods of color.

The community's lack of trust in CPD is justified. There is substantial evidence that people of color — particularly African-Americans — have had disproportionately negative experiences with the police over an extended period of time. There is also substantial evidence that these experiences continue today through significant disparate impacts associated with the use of force, foot and traffic stops and bias in the police oversight system itself.

The summary goes on to make a series of recommendations, including abolishing the Independent Police Review Authority — which internally investigates misconduct allegations — and the department "superintendent publicly acknowledging CPD's history of racial disparity and discrimination."

And of course, that the Chicago Police Department is racist amounts to maybe the worst-kept secret in America: In the past six months, the Windy City has been all but upended by the release of video footage showing police officer Jason Van Dyke killing black 17-year-old Laquan McDonald, which prompted weeks of protests, the firing of former CPD superintendent Garry McCarthy and the eventual ouster at the polls of Anita Alvarez, the Cook County state's attorney who waited 400 days to charge Van Dyke with a crime.

But the department's problems go far beyond that. For the past half century, Chicago has been reeling from the aftershock left by Jon Burge, a former CPD commander who, between 1972 and 1991, orchestrated the torture and often-false imprisonment of more than 100 people, who were "virtually all" black. Burge's victims were awarded portions of a $5.5 million reparations fund set up for them by the city in April 2015 — a sum that adds to the $500 million Chicago has spent on legal costs stemming from police misconduct in the last 10 years.

And that's just the splashy stuff. The full report is expected as early as this week, but meanwhile, the Chicago Police Department is racist, water is wet, fire is hot and ice is cold.