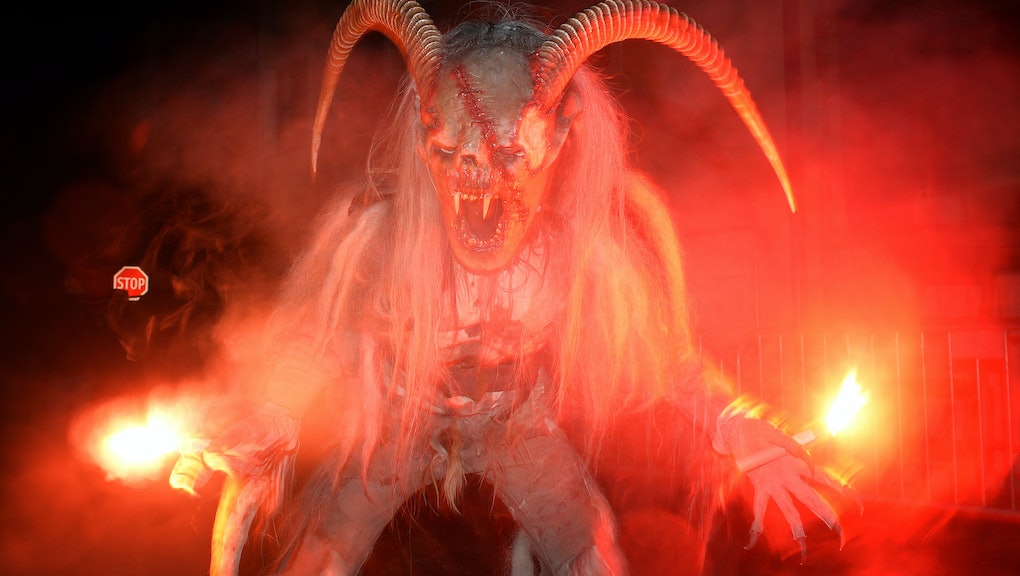 If you're one of the many Americans who believes Bigfoot is real, we promise we're not here to judge. Even if the large-footed cryptid doesn't exist, your faith in him is very, very real — to say nothing of the multiple shows revolved around tracking him for the sake of ratings.

But move beyond blurry-ass Bigfoot and you'll find that other cultures have mythological creatures more creative and terrifying than anything that could be lurking in the American wilderness. Here are five mythical creatures who are way more badass than Bigfoot ever could be. Sorry big guy.

Read more: One Chart Reveals the Most Widely Believed Conspiracy Theories in America

The Satyr was a creature from Greek and Roman mythology that certainly wasn't rated PG. In its many forms, it was described as "animal-like men with the tail of a horse, assine ears, upturned pug noses, reclining hair-lines and erect members."

With that distinct appearance, it's not surprising to know scholars see them as symbolically associated wild forces of nature. Here's a video explaining the Satyr, which is equally, and appropriately, campy in nature.

Essentially the female grim reaper, a Banshee is of Irish mythology, and it has similar attributes to the popular reaper folklore. The main difference, however, is that she'll violently, and with some noise, remind you you're about to die.

"She's said to soar around your house, screaming like a manic demon to not so subtly let you know you're about to die, usually in a violent manner," Matt Simon wrote for Wired. "But unlike the Grim Reaper, this lady doesn't murder you herself. She's more of a hands-off type of death omen."

Whether a Banshee has a direct affect on your death, though, it seems to be an unpleasant encounter.

Basically an evil Santa Claus, you wouldn't want the Krampus to visit your house at Christmas. Sure, you can still leave out cookies and milk, but the Krampus doesn't care. Instead, the half-goat, half-demon will beat your children until they turn "nice," and will take the bad kids back with him to the underworld.

It's a terrifying, but entertaining concept, and Hollywood agreed enough to turn the Krampus into a horror film. The titular Krampus in the movie had similar attributes, with the same creepy result in turn.

No, not the Nazi subgroup in Captain America — though they're pretty creepy too. Rather, the nine-headed water serpent from Greek mythology. Like the Hydra group in the Marvel series though, the concept remains: If you take off one head, two more will take its place.

In the lore, though, there is a way to kill Hydra, and Hercules has the solution. After taking off a head, you simply burn the stump and it won't regenerate again. Perhaps the Captain can learn from this concept too, so he doesn't have to deal with the other Hydra infiltrating S.H.I.E.L.D.

It sounds like something out of an Asian horror film, but the Pontianak's reported sightings make the folklore all the more disturbing. The Indonesian mythology-based Pontianak comes from the form of a woman who dies while either pregnant or during childbirth, and becomes a vampiric creature what preys on the likes of men, to gruesome detail, such as digging "its razor sharp fingernails into his stomach" to consume "intestines and blood." Basically, it should look like Ju-on from The Grudge.

Of course, the sightings, like other ghost stories, should be taken with a heavy grain of salt. However, the mere concept is enough to induce nightmares.