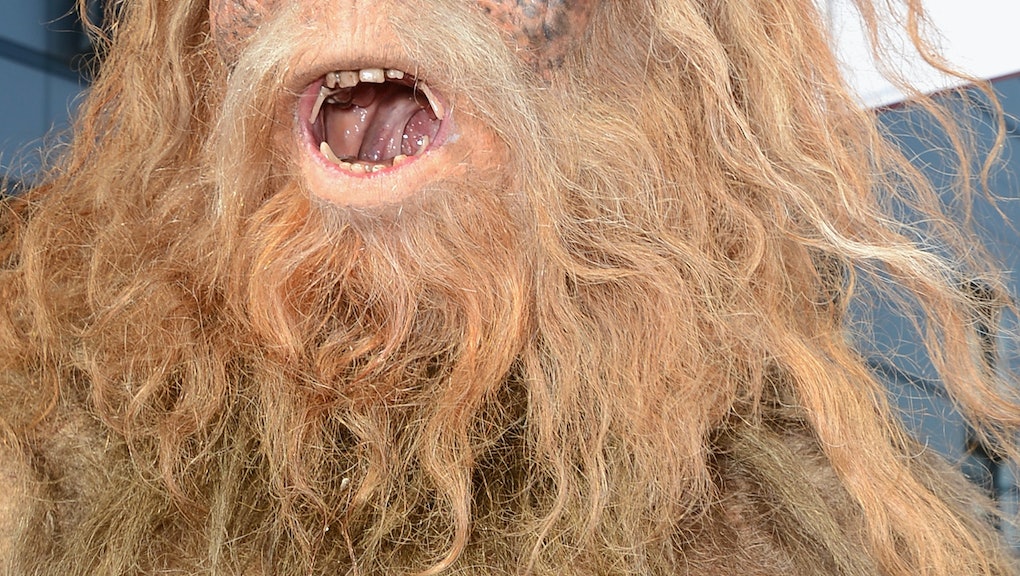 The Bigfoot Mystery May Actually Be Explained by This Extinct Creature

Think Bigfoot is just a legend? Think again... maybe. Bigfoot, also called Sasquatch, is a mythical human-like, hairy creature whose unproven existence has inspired reports of sightings for years. But there's actually a long-extinct giant ape called Gigantopithecus that roamed the Earth hundreds of thousands of years ago — and its existence has lead some to wonder, is this the "real" Bigfoot?

Read: One Chart Reveals the Most Widely Believed Conspiracy Theories in America

According to the Bigfoot Field Researchers Organization (BFRO), which calls itself "the only scientific research organization exploring the Bigfoot/Sasquatch mystery," Bigfoot is "a large, hairy, bipedal non-human primate." Hmm, that sounds a lot like the Gigantopithecus, which was an enormous ape that stood more than 10 feet tall and weighed 1,200 pounds, according to Smithsonian.

While today's Bigfoot sightings are probably just wishful thinking, Gigantopithecus was very, very real. First discovered in 1935, the ape genus appears to have lived in South Asia and ate a diet of fruits, seeds and grasses like bamboo, Smithsonian reported. Like its modern cousin, the orangutan, Gigantopithecus probably walked on all fours using its feet and fists.

It's not clear exactly why Gigantopithecus went extinct: It may have been hunted to death by other primates or had lethally low reproductive rates, according to Smithsonian. But some believers claim that Gigantopithecus and Bigfoot are one and the same, and that the giant ape never went extinct after all, theorizing that it's just hiding in forests and popping out periodically to surprise hikers.

But scientists seem certain that Gigantopithecus is long-gone, so its huge fossilized teeth may be the closest we'll ever get to the "real Bigfoot."