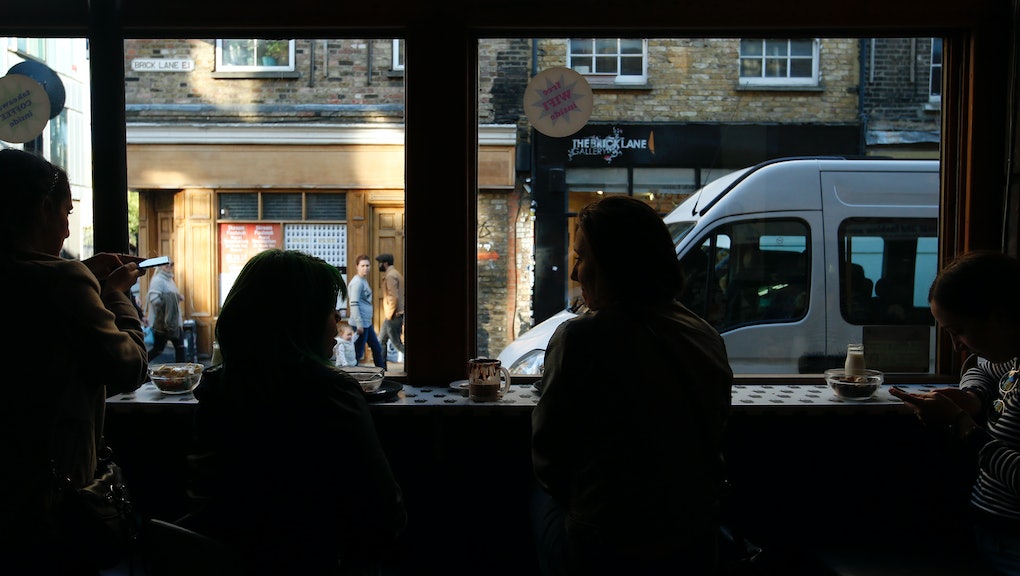 With Twitter and Foursquare, We Can Predict Where Gentrification Will Happen Next

Affluent urbanites are priced out of a neighborhood and seek cheaper housing. They begin to visit, and eventually inhabit, neglected neighborhoods. The new residents leverage social and political power to demand infrastructural change, altering the faces of local businesses and driving up housing prices. Rinse, repeat.

We can see when it's happening; we read New York Times trend pieces, or hear yuppies with sympathetic voices talk about "up-and-coming" neighborhoods. But until now, it was tough to predict where it would occur next.

Researchers led by University of Cambridge student Desislava Hristova found a way to determine what neighborhoods were ripe for gentrification — not with housing data, but with Twitter and Foursquare, Pacific Standard reports.

The research team looked at the Twitter relationships of 37,722 Londoners making 549,797 Foursquare check-ins at 42,080 different restaurants, shops and apartments. They found that neighborhoods that were "deprived" — a British designation often used to describe low-income or underserved areas — were more socially diverse, according to Pacific Standard.

What does all that mean? Using social media and check-ins, it's possible to watch a neighborhood being checked out and visited by new social networks over time, indicating that foreign circles and populations are slowly starting to check out the scene.

It's a first step toward predicting what areas could face dramatic housing changes. Given that gentrification can cause major displacement of local families who can't afford to keep up with a sudden influx of affluent neighbors, the sooner we can predict changes, the better.