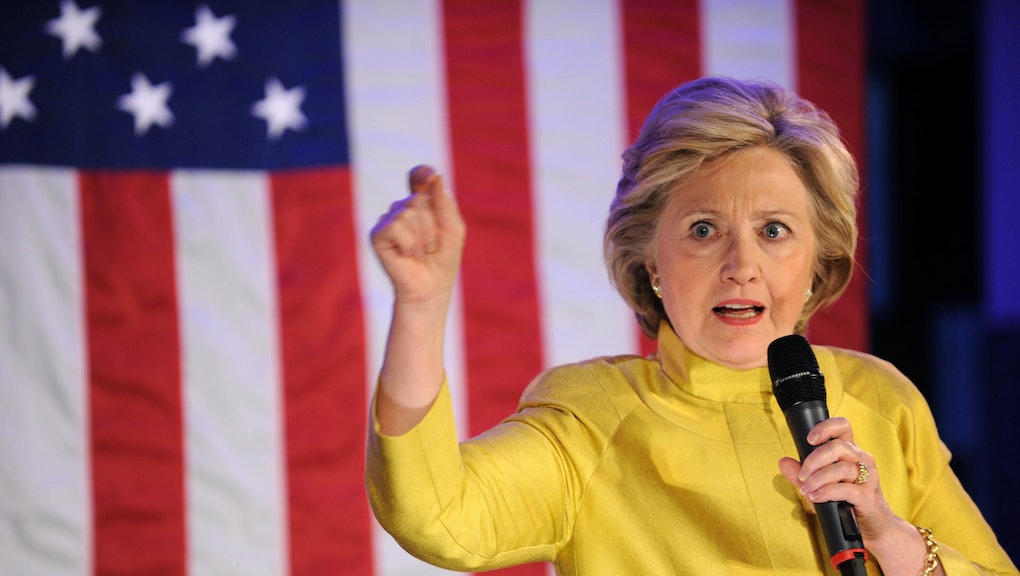 Hillary Clinton Releases One of 2016's Biggest Immigration Proposals Yet

Democratic presidential frontrunner Hillary Clinton will announce Wednesday her intention to open a new federal office in Washington devoted explicitly to overseeing immigration and refugee settlement in the United States, according to the Los Angeles Times.

The office would be responsible for helping coordinate local and national programs, and be in charge of executing recommendations made by an Obama administration task force. An aide to Clinton's campaign told the LA Times that it would represent "a dedicated place in the White House where integration services are studied and coordinated across the government."

According to the Wall Street Journal, the office would "help undocumented immigrants as well as those here legally."

The announcement comes on the same day that Clinton is expected to receive an endorsement from the New York State Immigrant Action Fund, an immigrant rights group.

The announcement of the new immigration office doesn't constitute a bolder or more progressive position on immigration than she'd held in the past, but it does exemplify her campaign theme of being a "progressive who gets things done."

It's difficult to imagine her rival for the Democratic nomination, Bernie Sanders, making a similar announcement on the kinds of administrative steps that could help build institutional backing or momentum for his immigration reform agenda.

While Clinton's announcement doesn't yet indicate novel policy thinking, it's probably good politics. Both she and Sanders have been playing up their immigration reform ambitions — and downplaying some of their more conservative positions on immigration policy in the past — in the run-up to the delegate-rich New York primary Tuesday. As Sanders comes within striking distance of Clinton in the polls — a Quinnipac poll released this week has him trailing her by 13 points — Clinton needs to do everything she can to maintain her edge.