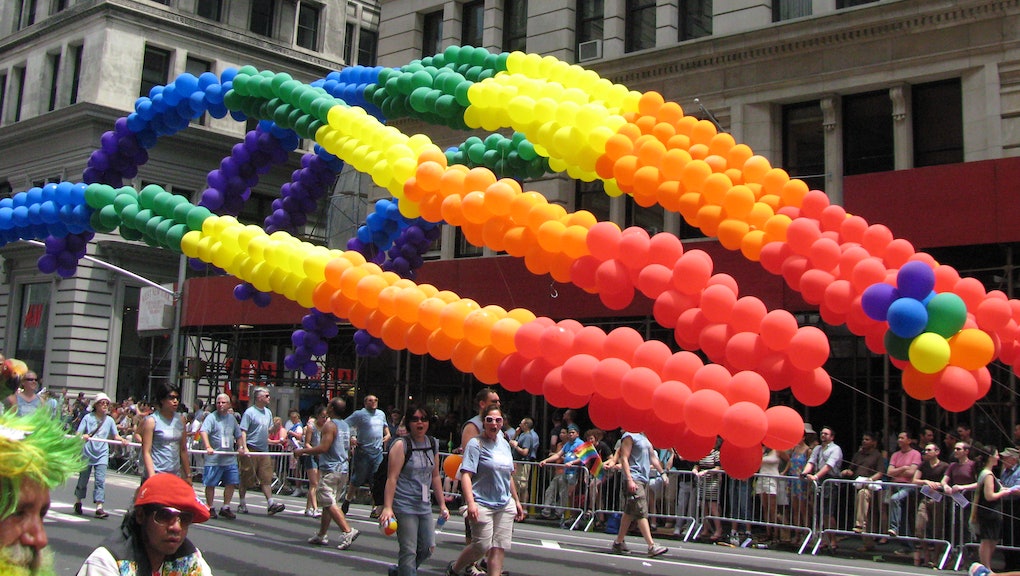 We've outlived the dinosaurs, the dodo bird and the saber-toothed tiger. We are gay men, hear us roar.

Homosexuality is still present in society, despite a lot of gay people not having biological children. So how did we get here? According to a new study published in the Archives of Sexual Behavior, straight people do carry the "gay gene" (which isn't actually a single gene, but rather, a number of "genetic factors") and pass it on to their kids.

Parents who have several children are more likely to birth a gay child and Chaladze accounted for this in his calculations. (Of course, just from a basic numbers perspective, more children means more chances for a gay kid, right?)

"The trend of female family members of homosexual men to have more offspring can help explain the persistence of homosexuality, if we also consider that those males who have such genes are not always homosexuals," Chaladze said, according to Science Daily.

According to the study, that straight men carry the gene makes sense from more than just a genetics perspective: more men report same-sex behavior and same-sex attraction than men who actually identify as gay or bisexual. Or have we all forgotten about "bro jobs"?

Chaladze recommends that, when it comes to studying the human genome, researchers should consider involving people who have no gay family because everyone has the potential to carry the gay gene.

Anyway, next time you're talking with your gay best friend or — if you are gay, hooking up with someone of the same gender — thank that person's parents.