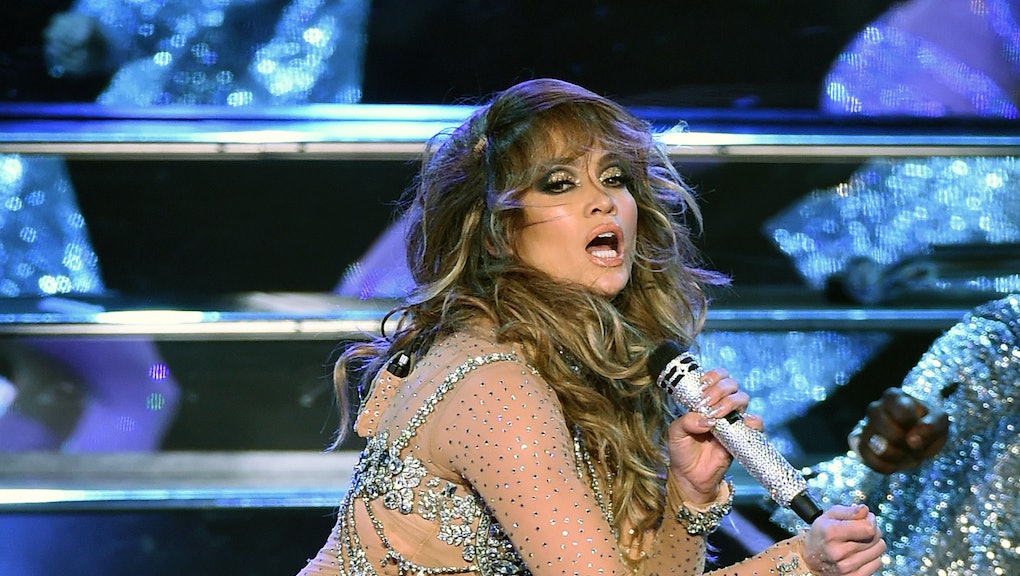 J. Lo's "Baby Got Back" Video Is Going Viral — But It's Not What You Expected

A new video of Jennifer Lopez performing her own rendition of Sir Mix-a-Lot's "Baby Got Back" shows the megastar embracing her curves in a way you've never seen before.

The video, posted Wednesday morning by Condé Nast's the Scene, features Jenny from the block, and the singer uses lines like "So Cosmo says you're fat, well I ain't down with that," and "Give me a sista, I can't resist her" to encourage all women to love their bodies.

But if the prospect of seeing the "Booty" singer's rumored $27 million asset is what piqued your interest...

Sorry — we're here to discuss something much bigger than that.

It's time to analyze lyrics sexualizing women, and bring attention to stereotypes and double standards the world applies to their bodies.

So, who better to lead that conversation than J. Lo?

Sir Mix-a-Lot's original video is often pointed to as the ultimate example of objectification. The rapper, however, has always said he was only trying to make a case for curvy women in music.

"When I did 'Baby Got Back,' that was just a reflection of the African-American community. ... When I designed that song, it was to just be an out for women, to tell them to stop wrapping these big sweaters around their waist [and] quit being ashamed," he told Billboard in 2014.

But that, good Sir, is a tough case to make when your video looks like this:

The actual words Sir Mix-a-Lot wrote speak much louder than what he's said about those words since. Indeed, nothing underlines their absurdity as this stark, unembellished reading of the lyrics, performed by Jennifer Lopez for W magazine.

And it's as great as you could have hoped: