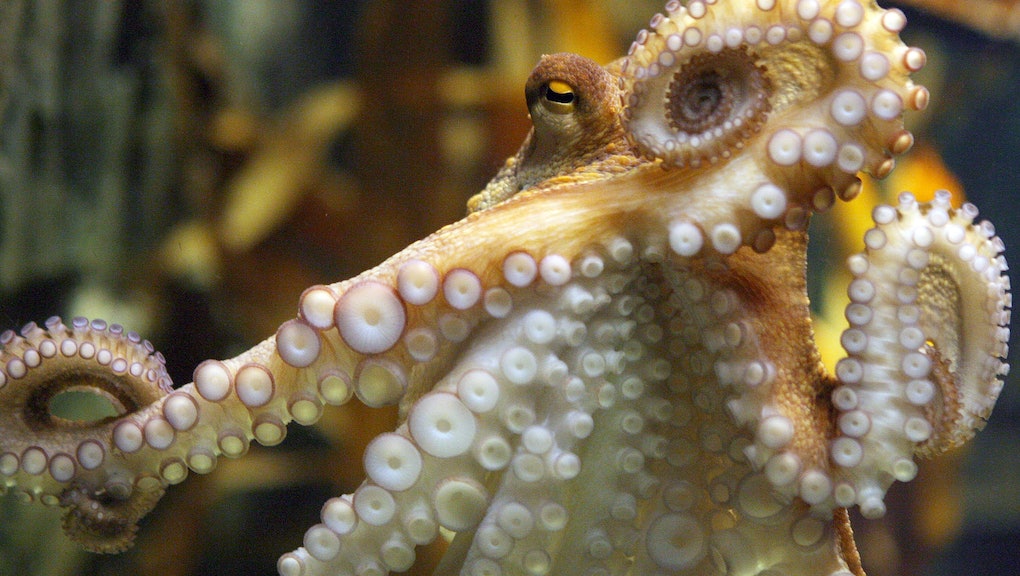 Octopus "El Chapos" Escaped New Zealand Aquarium, Is Probably Coming for You Next

In July, Mexican drug kingpin Joaquin "El Chapo" Guzman made a daring escape from a maximum security prison by dropping through a hole in his shower floor and cruising to freedom via motorcycle. In April, New Zealand's "octopus El Chapo" — better known as "Inky" — tentacled his way down a drainpipe and into the ocean, also to freedom.

Read more: Panama Set Upon by Plague of Crabs Swarming "in a Way Never Before Recorded"

"Inky really tested the waters here," national manager of the National Aquarium of New Zealand (and Inky's former home) Rob Yarrell told the Guardian, without clarifying whether or not he intended the pun. "I don't think he was unhappy with us, or lonely, as octopus are solitary creatures. But he is such a curious boy. He would want to know what's happening on the outside. That's just his personality."

Aquarium staff isn't exactly sure how Inky escaped his watery prison, but it assuredly involved him sneaking through an impossibly small space. Because they have neither endo- nor exoskeletons, octopi can do this — it also doesn't hurt that they're essentially geniuses.

According to the Guardian, either his tank was mistakenly left open just a crack and Inky cleverly exploited this tiny window of opportunity, wriggling out of his tank in the night to creep across the floor and drop down a 50-meter drainpipe into Hawke's Bay. Or, he skeezled his way up into a pipe at the top of his tank, which is also connected to the drainpipe. One thing is certain: Inky wasn't stolen.

"I understand the nature of octopus behavior very well," Reiss Jenkinson, the aquarium's exhibits keeper, told the Guardian. "I have seen octopus on boats slip through bilge pumps. And the security here is too tight for anyone to take Inky, and why would they?"

Maybe because he has all the makings of a criminal mastermind?