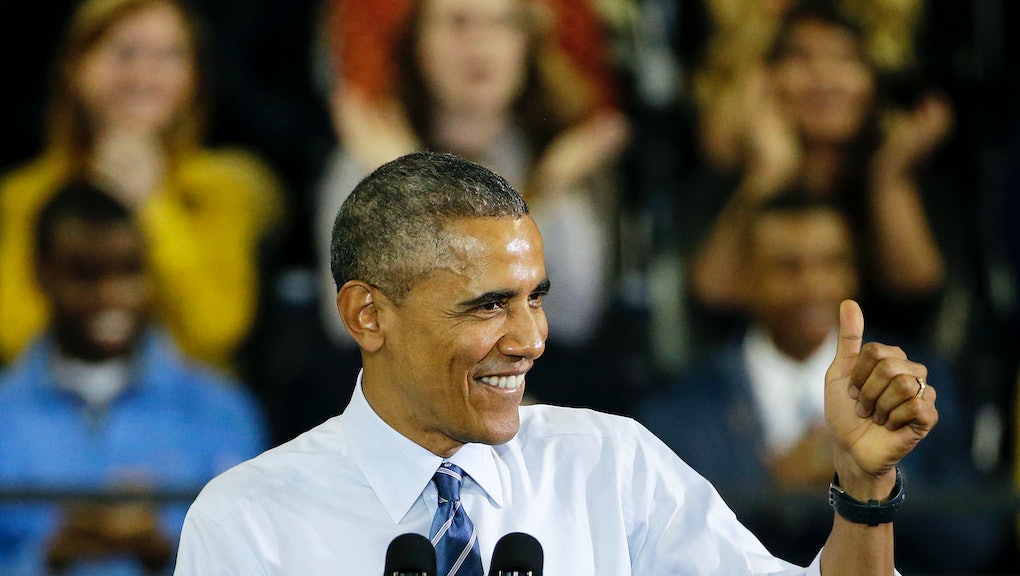 Hundreds of thousands of Americans may soon get the debt monkey off their back, thanks to the White House. President Barack Obama's administration plans to forgive $7.7 billion in federal student loan debt for nearly 400,000 permanently disabled people, the Washington Post reported Wednesday.

While permanently disabled individuals have long been able to apply to have their student loan debt discharged via Social Security, the Post reported, the White House's tactic will be to identify eligible individuals and reach out to them to start the process rather than wait for them to do so themselves.

So far it has found 387,000 such individuals with a cumulative debt of $7.7 billion, for an average of around $19,986 per debtor, according to the Wall Street Journal. Nearly half of those people are on the verge of defaulting on their loans, which could come with severe consequences including the loss of tax refunds, disability checks and permanent damage to credit scores.

"Under the new process, we will notify potentially eligible borrowers about the benefit and guide them through steps needed to discharge their loans, helping thousands of borrowers," U.S. Education Undersecretary Ted Mitchell said in a statement. "Americans with disabilities have a right to student loan relief. And we need to make it easier, not harder, for them to receive the benefits they are due."

Persis Yu, director of the Student Loan Borrower Assistance Project at the National Consumer Law Center, told MarketWatch the announcement was a needed change to an "incredibly complicated" process, but added it would be better for the government to preemptively stop collecting from the identified individuals.

"We identify you as somebody who qualifies for this, so as long as we've identified you can we at least stop taking your money?" Yu said.

It's hard to understate the effect student loan debt can have on peoples' lives, particularly for people who are already economically disadvantaged. According to CNBC, consequences of the more than $1.2 trillion in student loan debt held by Americans include a tougher job market, lower home ownership rates, difficulty paying bills, delays starting families and inability to save for retirement.