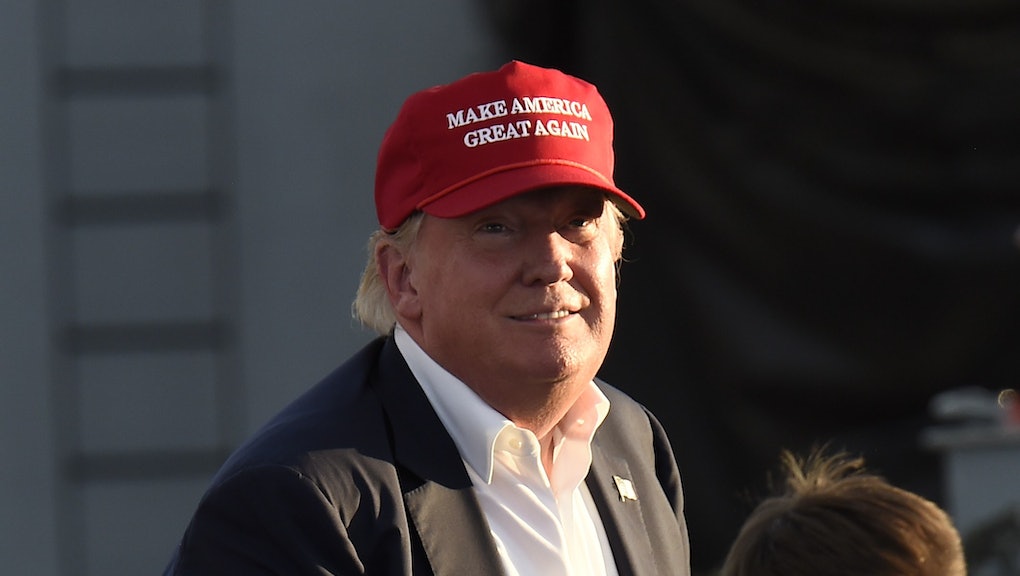 Though Donald Trump is known to perform well among Americans holding only a high school education, his support among current U.S. high school students is often a bit more tenuous.

Case in point is South Portland High School sophomore Connor Mullen. When Mullen wore a hat emblazoned with Trump's slogan "Make America Great Again" to his Portland, Maine, high school, the teen was met with bullying and harassment from students and — believe it or not — teachers, the Portland Press Herald reported.

"I knew kids would pick on me about it, that's just kids being kids, but when the adults started doing it I thought that's problematic," Mullen told the Press Herald."This is a school that preaches equality."

According to Mullen, students have repeatedly bullied him for wearing the hat, and it has been knocked off his head and even thrown in the garbage. Most of the abuse has been from fellow students, but in at least one case a teacher allegedly berated him saying, "Thank God you can't vote."

While much digital ink has been spilled on the unsavory antics of some Donald Trump supporters, there has been comparatively little coverage of those who have faced retribution for supporting the GOP frontrunner.

Earlier this month, a New Jersey man found out that he could face jail time for raising fan-made Trump flags — which have been repeatedly torn down by vandals — on his property. A Latina woman in Arizona, meanwhile, also faced harassment and a boycott of her business after publicly supporting the New York billionaire.

With passions high and the race far from over, stories like this are likely only to become more common.