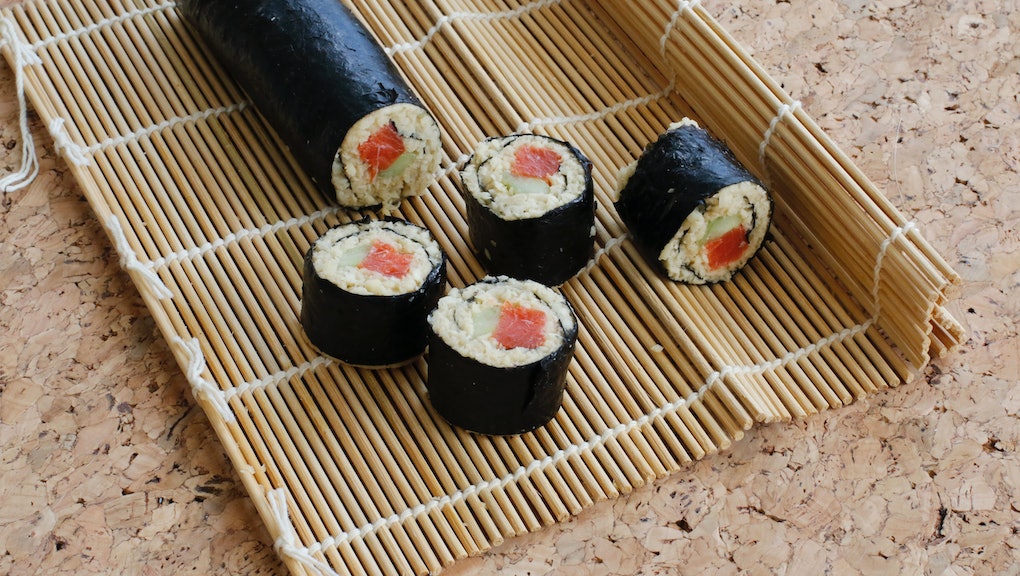 You already know you've been using chopsticks wrong your whole life; in all probability, you've been eating sushi incorrectly as well. There is a very specific sushi-consumption etiquette that many ignorant Americans are predictably unaware of. For your edification, here are the most common sushi gaffes around — because knowledge is power.

For starters, miso soup is not a starter.

Miso soup is a savory digestive, to be eaten at the end of the meal as a stomach settler, you monster. "It's also a way to make you look superior to others," according to Guff. Obviously this is the true point of any sushi-eating exercise.

Do not rub them together. Do not play walrus with them. Do not use them to suck soy sauce between courses. Do not do anything with them besides let them sit "parallel to yourself on the holder (if there is one) or on the shoyu dish" when you're not using them to eat, according to Sushi FAQ. And for the love of god, put them back in place when you've finished eating. What were you, raised in a barn?

On the subject of soy sauce...

Do not fill your dish; do not drown your fish, commands Food Republic. Too much soy sauce clouds the sushi's natural flavor. And please, dip your nigiri fish-side down, adds Guff.

What is nigiri, you ask?

It's sushi that takes the form of raw fish on top of a rice pillow. It is to be eaten with the hands and in one bite, according to Sushi FAQ. Because it does not involve seaweed that can go all limp and soggy, as Food Republic observed, it can be saved for last.

Wasabi is for direct, discreet application to the fish, and not ever for mixing into your soy sauce, according to Food Republic; ginger is not for piling atop your sushi, but for cleansing your palate between pieces, you animal.

And your Seamless habit...

If you are ordering delivery sushi, you are committing a big party foul, according to Food Republic. It is "always of lower quality than that eaten at a restaurant," as is all-you-can-eat sushi. Resist the Sunday Seamless sushi bargain — also because sushi isn't typically eaten on Sundays, as that is when the fish would be least fresh.

Go forth and eat sushi like a pro. Impress your friends and your family and your Tinder dates. No need to thank us.