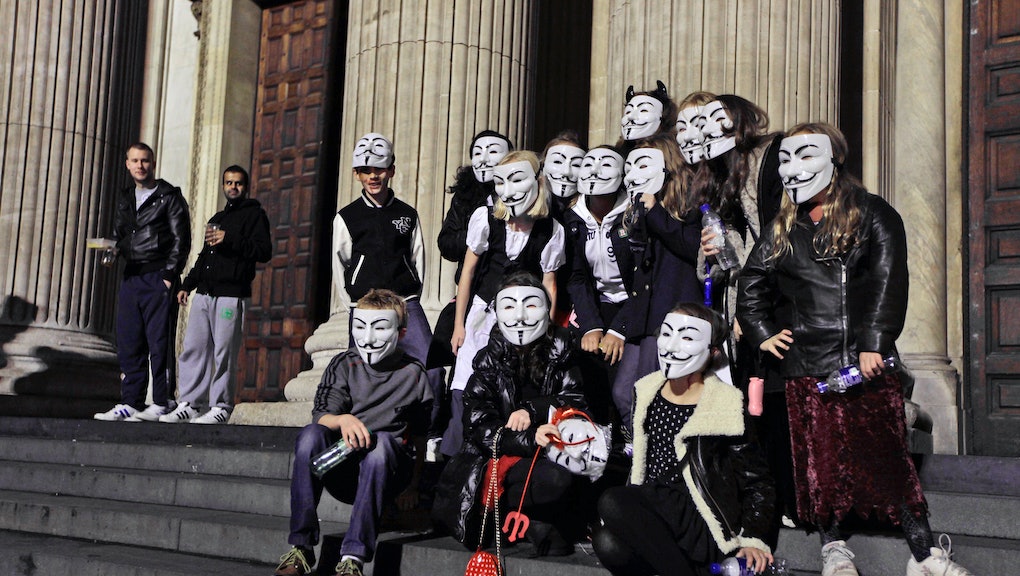 On Tuesday evening, popular Anonymous Twitter accounts sounded the siren for an important announcement: They're now hosting a chat hub on the Deep Web, where some Anons will attempt to strengthen their ranks and "arm the current and coming generations of internet activists with education."

"Our plan is to provide virtual classrooms where, on a scheduled basis, 'teachers' can give lessons on any number of subjects," Anonymous said in an announcement.

The new chat hub is called OnionIRC and is hosted on the Deep Web, the part of the internet Google can't reach. It requires special protocols that create increased security and anonymity for users.

Welcome to hacker school: Anonymous is wracking up largely failed operations in the past year, so this new chat service looks like an opportunity to rally. But it's off to a slow start.

A few hours after the announcement, there were only 10 to 20 people in the room at a time (and judging by the usernames, I was the only journalist). Only three or four users had any real knowledge of Anon ops. They were explaining terms like "hacking" to the newbies in the room.

"I wouldn't expect there to be any planned lessons taught for a bit here," one organizer, who called himself "butts," said in an open chat late Tuesday night. "Things are just starting off and we want to see how things go for a bit, hopefully build a bit of a user base, and then we'll kick it off with some awesome in-house presentations."

The instructions for joining the chat are available here. They don't require great technical expertise if you want to get involved. Perhaps you should; they could use the extra help.