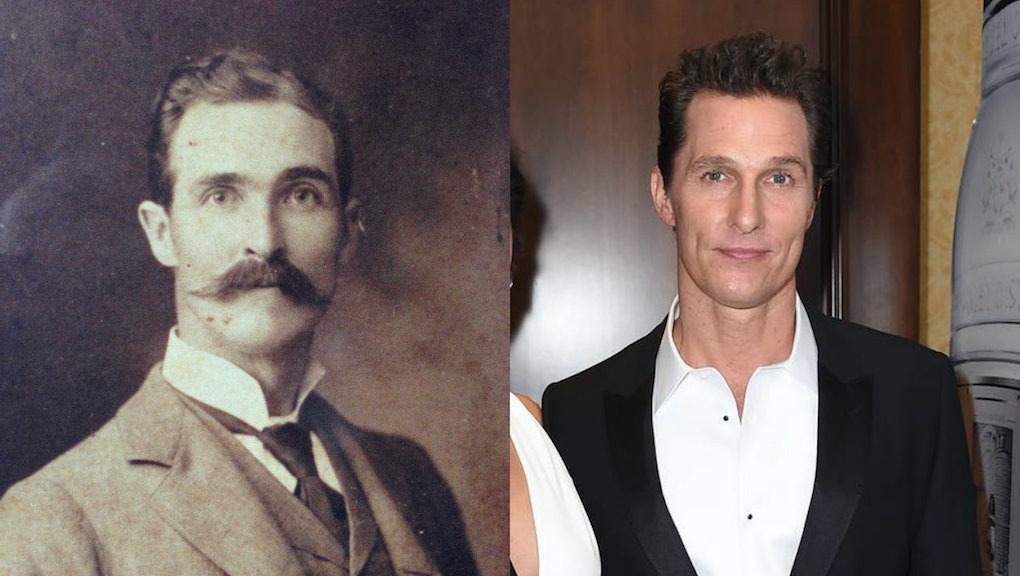 If you look up "doppelgänger" in the dictionary, you'll get a side-by-side picture of Sanders Parker's great-great-grandfather and Matthew McConaughey.

Parker posted the picture of his forefather and namesake, Dr. Andrew Sanders, on Imgur Monday — pointing out the likeness to the Hollywood actor — and it has since made its social media rounds, received over a million views and thoroughly freaked everyone out.

While the photo itself is not new to the Chattanooga, Tennessee, family, acknowledgment of its striking and eerie resemblance to McConaughey is. And it's all thanks to Parker's sister.

"It's been a lot of fun. My sister deserves most of the credit," Parker told ABC News. "My uncle posted it originally [on Facebook] and my sister pointed out the resemblance. I'm just the one who took it and ran with it."

"The likeness is uncanny. It was too good not to share," he added.

Reportedly, there was a likeness in character, too. According to Parker's interview with ABC News, his grandmother wrote of Sanders, "I can see him right now sitting on the porch with his feet propped up on the banister, smoking his pipe."

Read more: Twitter Is Having None of Melissa McCarthy's Critics Taking Shots at Her Success