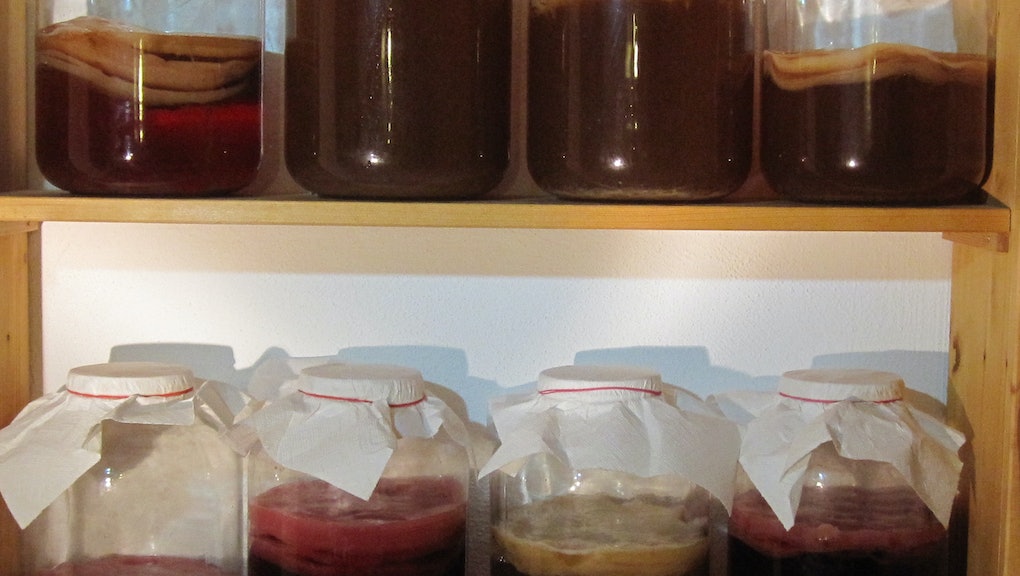 Good news, folks who shop at the fancy grocery: That kombucha you're drinking could actually pave the way to a cancer-free life.

Researchers from the University of California Los Angeles say gut bacteria can reduce the risk for some types of cancer — and can even slow or stop cancer development in its tumorous tracks. Their findings were published Wednesday in the journal PLOS ONE.

Getting that healthy gut bacteria doesn't take a medical procedure. Probiotics, which live in yogurt, kefir, sauerkraut, dark chocolate and kombucha, are all you need.

Lactobacillus reduced damage to genes in lab mice and cut way down on inflammation, the UCLA team found. It's a huge finding, because inflammation is a major symptom in illnesses such as cancer, neurodegenerative diseases and arthritis. Bolstered levels of healthy gut bacteria could stop those diseases from forming.

"It is not invasive and [is] rather easy to do," Schiestl said in a statement.

"Easy" is an understatement. Kefir is delicious and can be found in most groceries. It also spurs a battle between good and evil bacteria in your belly that could save your life.

Schiestl already knew intestinal microbes were involved in how some cancers develop. But the new study showed that mice with more beneficial gut microbes produced more metabolites — the microbes that prevent cancer — and therefore lived four times longer than the lab mice without.

Creating more bacteria in your body sounds like a bad idea, but gut bacteria are proven to have a positive effect on the body. In the past, higher levels of these microbes were found to help fight depression and anxiety.

Getting this life-saving bacteria is as simple as eating a cup of yogurt.