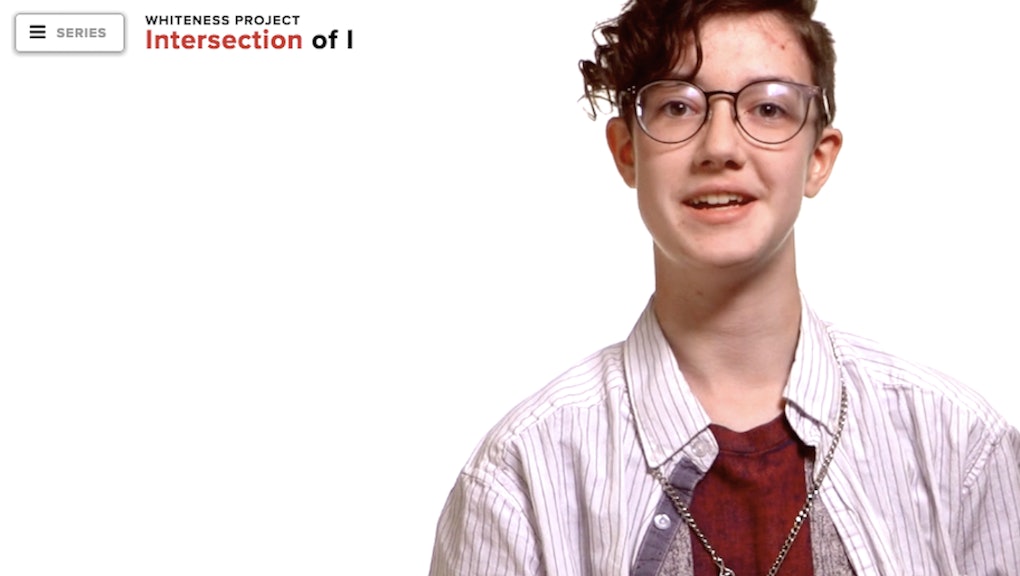 The 'Whiteness Project' Is Back, and It's Whiter and More Revealing Than Ever

Just when you thought it was safe to be white again, the Whiteness Project is back to put your white ass in check.

In case you missed it the first go-round: The Whiteness Project is a documentary series that asks random white people across the U.S. to discuss, in detail and on camera, what being white means to them.

The results have been revealing.

In the first series — shot in Buffalo, New York, in 2014 — respondents opined the perceived woes of whiteness — from the feeling of having to walk on racial egg shells in conversations with people of color to outright denial that racial discrimination exists.

Their responses, which pinballed between nuanced introspection and a staggering lack of racial literacy and self-awareness, proved an intriguing start to the series for filmmaker Whitney Dow, who both conceived and spearheads the project.

"By sensitizing white people to their own racialized experience, it will make them better partners in moving towards a more just society," Dow, who is white, said, according to CNNMoney. "White people have to recognize that they are a part of this conversation whether they like it or not."

Part two focuses on white millennials in Dallas, and the age difference is telling — both in the topics of biggest concern to the respondents and the fluency with which they discuss issues of identity and privilege.

This doesn't mean the same troubling attitudes don't still exist as their older peers. They certainly do. But overall, as with the first series, interesting answers abound here — both good and bad.

"My identity as a person stems a lot from the queer community," Hadley, 15, told Dow in one segment. "I'm nonbinary, neither a male or a female, and I'm pansexual and on the a-romantic spectrum," — just so you know the level of wokeness we're dealing with here.

"I know that [being white] gives me privilege," Hadley added. "I know in a lot of sticky situations I'd be offered second chances where others wouldn't."

Part one of the Whiteness Project was met with skepticism on social media.

But the second entry is being received a bit more enthusiastically.

Round two of interviews was shot over the summer of 2015, in the wake of a heightened nationwide conversation around race and racial inequality in the U.S. — a fact that makes pushing white people to discuss racism and white privilege openly all the more important.

The series' long-term impact is yet to be seen but in the meantime:

Check out all the videos here.