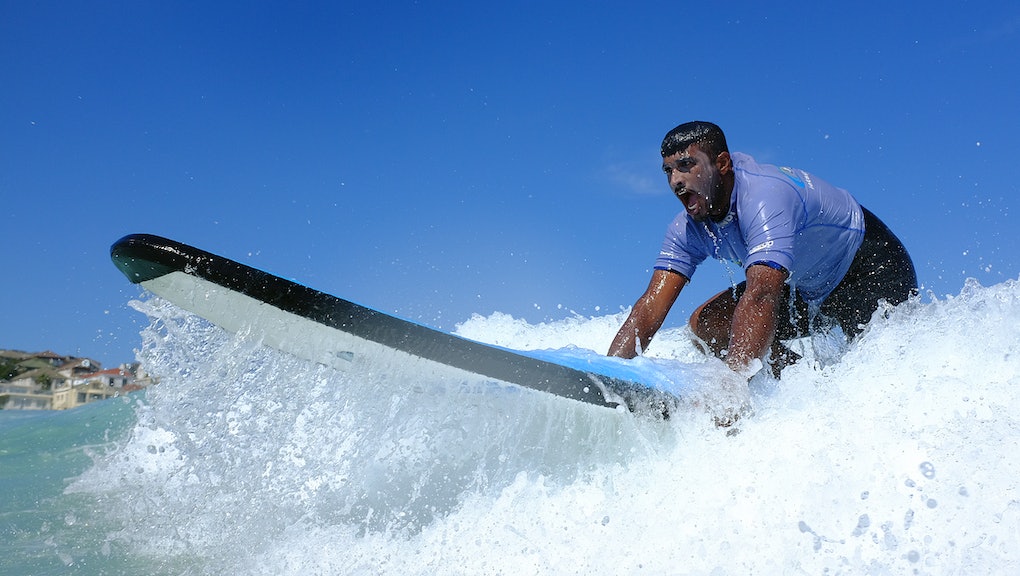 The Triton Device Harnesses the World's Oceans to Produce Energy

As the U.S. continues to seek out clean sources of energy, there's one area that remains untapped: oceans.

Research into this field is just beginning, but there's a new device that could harness electricity from the ocean's waves. It's called the Triton.

"As the top body moves, the bottom body resists that motion, and that creates energy," Tim Mundon, chief engineer at Oscilla Power — the company behind Triton — said in an interview with Bloomberg. Oscilla is currently testing a small version of its ocean wave energy converter at the University of Maine.

Waves contain massive amounts of energy. Harnessing energy from waves in coastal regions around the U.S. could produce 2,640 terawatt-hours per year, according to Electric Power Research Institute estimates. That's a lot of power, considering that one terawatt-hour per year of energy can fuel 93,850 homes every year, according to the Bureau of Ocean Energy Management.

The Department of Energy has invested at least $16 million to get at all that energy.

Even so, electricity from ocean waves isn't contributing meaningfully to the grid yet. Much of the research has focused on using submerged turbines to generate electricity, according to Bloomberg. One of the big issues of current designs is that ocean turbulence and salt water can wear on components.

The DOE is currently exploring how turbines might better withstand ocean currents.

The Triton is an alternative to those underwater turbines. It's potentially more effective than existing tidal energy systems because it has fewer — and cheaper — components, according to Bloomberg. Because it has fewer parts, it's better able to withstand ocean turbulence.

At full scale, the Triton will be 30 meters long, Mundon told Bloomberg. At this size, the converter will be able to deliver more than 600 kilowatts of power, according to the company. It's just a fraction of the 191 megawatt-hours of wind power the U.S. produced in 2015, but still, deployment of the Triton could be a big step toward bringing tidal energy to consumers.

Oscilla plans to roll out the Triton by 2020.