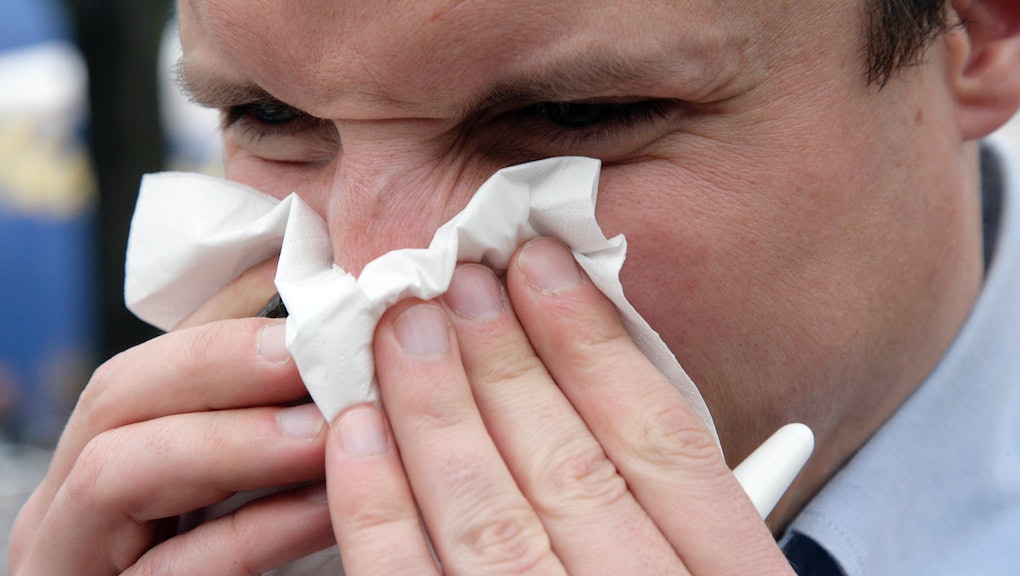 Not getting enough sleep can be bad for your health, but a new study outlines what kind of risks you may be taking when you skimp on sleep. A study published Monday in JAMA Internal Medicine examined the relationship between lack of sleep and respiratory infections, and found an interesting connection between getting sleep and getting sick.

Read: Here's Why You Should Sleep Naked, According to Science

"This data does not allow us to know whether sleep causes an increase in susceptibility to respiratory infections," just that there is an association, Aric A. Prather of the Center for Health and Community at the University of California, San Francisco, one of the study's authors, told Reuters.

The study also found that people with a diagnosed sleep disorder also reported having a cold or infection in greater numbers than others. Prather told Reuters he hopes his team's work on the connections between sleep and overall health will encourage people to place greater value on sleep.

"It is our hope that this work will help raise the profile of sleep as a critical health behavior that should be considered as an additional vital sign for optimal health," Prather told Reuters.