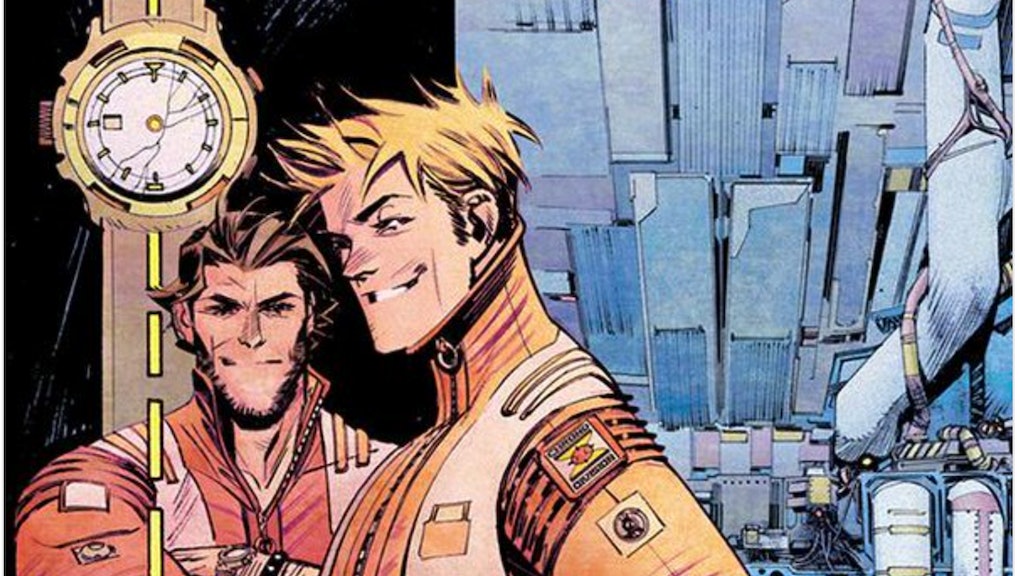 Perhaps it's only fitting that a comic book centered around time travel has an equally mind-bending feature to its cover. Chrononauts, a new comic book series by Kick-Ass writer Mark Millar and illustrator Sean Murphy — which chronicles two scientist pals going through mankind's first televised experience traveling through a time stream — holds a clever and subtle optical illusion on the front.

The cover, as explained by Millar on Twitter, features a broken watch on the top left corner.

However, according to Murphy, who Millar tags in the tweet, some people will see a green hourglass instead. As Murphy explains in a series of tweets, about 1 in 15 people should see this illusion. To see it though, a person has to carry a specific variant of synesthesia, which causes a person to experience a mix of senses — such as listening to music and associating certain tones with certain colors. Interestingly, Murphy attributes this change with "artistic brains" — therefore, writers, musicians and artists might be more inclined to see this feature.

While not everyone will see the illusion, it's a creative variant to a comic book cover that's simultaneously drawing a lot of attention prior to its release. Moreover, at least one actor can attest to the green hourglass: Shaun of the Dead alum Nick Frost.

Read more: This 500-Year-Old Painting Holds a Mind-Bending Visual Trick — And a Fun Little Aside