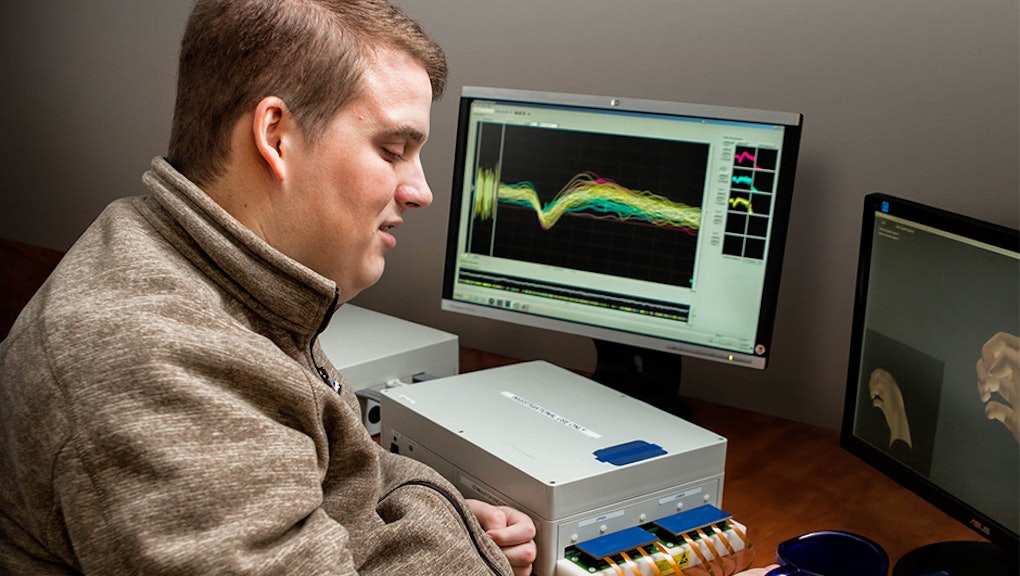 After then-college freshman Ian Burkhart was permanently paralyzed after an accident in 2010, scientists reported on Tuesday that the 24-year-old can now move his hand, wrist and fingers, through amazing technological advancement — and months of practice — according to NPR.

"The first time moving my hand — that was really just like that flicker of hope," the Ohio native said during a media session, NPR reports. Burkhart was fitted with technology that delivers his thoughts directly to his hand muscles two years ago.

The chip implanted in Burkhart's brain sends messages that allow him to move his arm, but the chip is only functional when connected to a computer. Through this method, Burkhart was able to learn how to perform tasks like playing video games or pouring water out of a glass.

Burkhart is the first patient in the world to use this technology, according to the Ohio State University's Wexner Medical Center. He is the first of five prospective people who will take part in the study, published in the scientific journal Nature.

Researchers from the Ohio State University's Wexner Medical Center and technology development company Battelle have been working on this "neural bypass technology" for four years.

"This study marks the first time that a person living with paralysis has regained movement by using signals recorded from within the brain," study author Chad Bouton said in a media briefing, according to CBS News. "This of course is an important result and finding as we try to pave the pathway for helping other patients in the future... with spinal cord injury."

Read more: Is There an FBI Plane Circling You Right Now? This Map Will Tell You