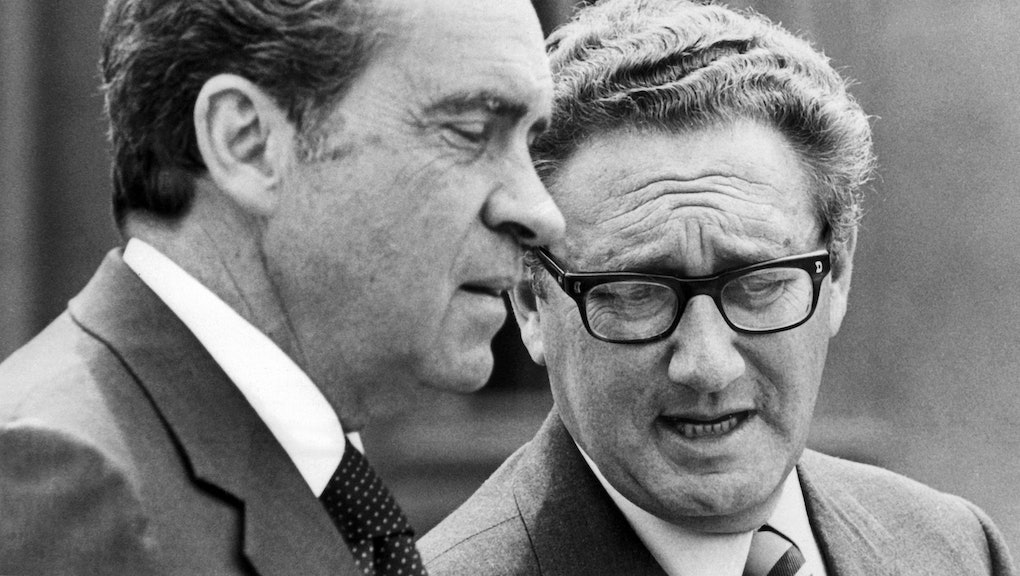 If there was any question about whether the ongoing war on drugs disproportionately targeted people of color, Baum's revelation leaves little room for doubt. Still, one crucial component is often left out of the conversation: class.

Studies have shown that people with lower education are more likely to abuse drugs. But instead of acknowledging inequality in access to education as being among the root causes of the problem, the system has historically seen those who live in poorer areas with worse schools wind up in prison.

When Wall Street trader Chris Arnade left his job to photograph New York City's drug addicts, he said in his Guardian piece that what he learned could be summed up in a single sentence: "When you're wealthy you make mistakes. When you are poor you go to jail."

Read more: Obama's Proposal Marks a Historic Shift in the War on Drugs

Inge Fryklund, a member of the anti-war on drugs organization Law Enforcement Against Prohibition, wrote in a Huffington Post blog, "Incarceration divides and impoverishes families, removes adult males from communities, and leaves men even less employable." She added that children with incarcerated parents are further disadvantaged by virtue of having an absent parent, as well as having to deal with social stigmas and bleak outlooks when it comes to their own future families.

"Stopping the drug war is a major change that, in one fell swoop," Fryklund wrote, "would ameliorate a whole host of problems for poor children and their families."