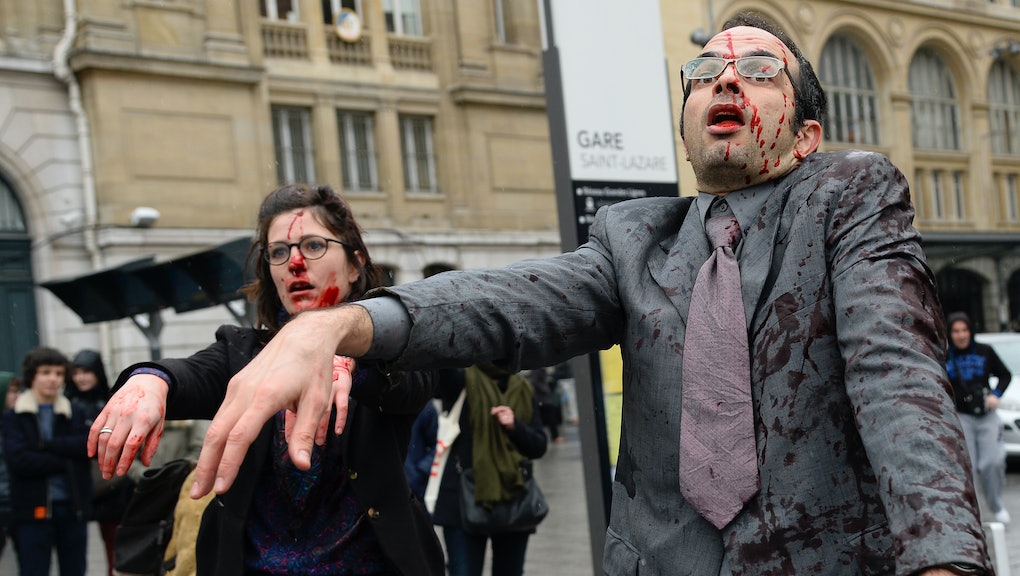 When most people die, they're just dead and that's probably for the best. But for a few lucky people, life finds a way — even after death.

Some are frozen solid, while others have seen bright lights after their organs failed but came back to tell the tale. At least one man woke up from his own funeral, and another became an alleged zombie.

We've all heard about the impending zombie apocalypse, and if reports are to be believed it could begin in Haiti. Case in point: Clairvius Narcisse. On April 30, 1962, the Haitian man checked into a hospital on the island nation suffering from fever and other ailments. After a short while he died and was buried with little fanfare. Amazingly, however, he was found 18 years later walking the streets. The story goes that after Narcisse was deposited in the ground, he was dug up and turned into a zombie by a voodoo priest known as a bokor. Unlike movie zombies, however, the bokor allegedly forced Narcisse into slavery on a sugar plantation for two years before he eventually escaped and roamed the countryside for another 16.

Justin Smith was literally frozen solid, the Washington Post reported. The 25-year-old spent 12 hours lying unconscious in the snow before he was found by a passerby. The temperature outside was -5°F. At the time of his finding, Smith was cold, with no pulse and no heartbeat. All indicators suggested that he had long died as a result of hypothermia. Only it was not to be. With a procedure known as extracorporeal membrane oxygenation, Smith was slowly brought back to life by pumping warm blood into his body. In a feat worthy of Austin Powers, Smith was "reanimated" and restored to full health. In all, he only lost a few fingers and toes to frostbite, — a small price, however, for a second chance at life.

Brian Miller's heart stopped for 45 minutes, and he was clinically dead, Fox8 reported. It all started when the Ohio truck driver felt the classic tightness in his chest, then pain. As it turned out, he was having a massive heart attack. His primary cardiac artery was blocked, normally a situation so deadly it is colloquially known as "the widowmaker." But Miller's death-defying experience didn't start here. He survived the heart attack after being rushed to a hospital, only to go into further cardiac arrest after a complication known as Ventricular Fibrillation. While "dead," Miller reported seeing bright lights and his mother-in-law who had died (and stayed dead) a short time earlier. Miller, however, came back to tell the tale.

Deepak Singh was at his own funeral and was about to be cremated. The at-the-time 72-year-old Indian had other plans however, standing up from a funeral pyre and walking to the great astonishment of his family and well-wishers. Singh had collapsed some time earlier while husbanding cattle and was declared dead. He woke up just before his body was to be set alight. The story was reported by the New York Post.

"I know I can be a bit of a pain at times," he joked, the paper reported. "But I hope they wait till I am actually dead before trying to set me on fire again."

Read more: 5 Mythical Creatures You Should Know About That Aren't Blurry-Ass Bigfoot