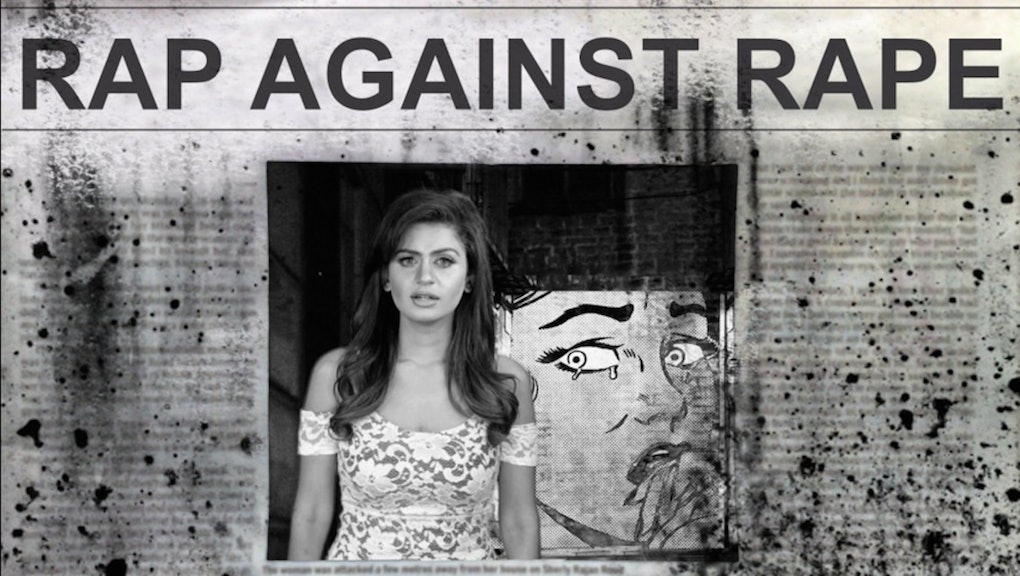 Hip-hop has played a role in shaping rape culture and slut shaming. Some sects of the music genre focus solely on objectifying women, sexualizing their bodies and presenting the very real and clear double standards for men and women. That isn't to say hip-hop isn't helping to eradicate victim blaming, slut shaming and the rape culture permeating our culture as well — it is.

Rappers and hip-hop artists across the globe are helping pave the way for a much more respectable conversation about women in mainstream music. Everywhere from India, where two women's rap about dismantling rape culture went viral, to the United States, where LGBT artists are opening up about the abuse they've faced in candid tracks, the entire world of hip-hop is participating in what's becoming a new social movement, focused on body positivity, feminism and equality.

Here are some of the hip-hop artists shutting down rape culture through art:

When I walk alone at night, you call me irresponsible and lame, yet when I'm seen with a man, to my family I've brought shame?

Asks one of two Mumbai-based rappers who decidedly have had enough with hip-hop painting a negative light on women's rights and perpetuating rape culture throughout India and beyond.

The two went viral last year when they uploaded the above spoken-word video to YouTube, with a disclaimer reading: "You don't have to read this. It's only a standard disclaimer. This video doesn't have any explicit or bankable content. It's just that the reality for women in India is Explicit."

J. Wright, "What About Her"

They're looking for sex and she's looking for friends/ We already know how the game go, can't judge cuz of your clothes/ no matter the truth, you know what they do/ spread rumors and say she's a ho even though she's late night studying/ pops told her to keep her head in the books/ and she's never been touched by a man even though you can swear by her looks.

J. Wright's 2016 single focuses on the life of a woman with a child after her partner up and leaves to go and chase his own dreams. Rather than portraying the life of a newly single man hitting the club scene and paying for dancers, drugs and cars, Wright sheds light on the toll such an incident would take on any person.

The woman Wright raps about graduates from school with a 3.5 GPA, but turns to dance in order to keep making enough money to support her and her child. Instead of only showing the dancer, Wright's chosen to focus on what caused her to fall into her situation.

Angel Haze, "Cleaning Out My Closet"

I would swear that I would tell but then they'd think I was lying/ And now the power that he held was like a beacon in mine/ So now I got used to it, I put up with the shit/ And now my hate was so Volcanically eruptive and shit/ But this is nothing 'cause I guess he told his friend what he do/ And they ate it up shit I was like a buffet for 2/ And then it happened then at home where everybody fucking knew/ And they ain't do shit but fucking blame it on youth/ I'm sorry mom but I really used to blame it on you/ But even you by then wouldn't know what to do.

Pansexual artist Angel Haze (who uses they and them pronouns) opens up in one of the most harsh and revealing ways any artist has done. The rapper opens up their wounds and bleeds on this track, a remake of Eminem's original hit song, discussing how they were raped by multiple older men when they were just a child.

"Angel Haze is proof that hip-hop can be both a warzone and a weapon, especially for young women of color. Hip-hop has long rewarded artists who break the silence, and that may end up being the case again," the Atlantic noted. "Without warriors like Haze, the baseness and sickness of sexual violence remains muffled."