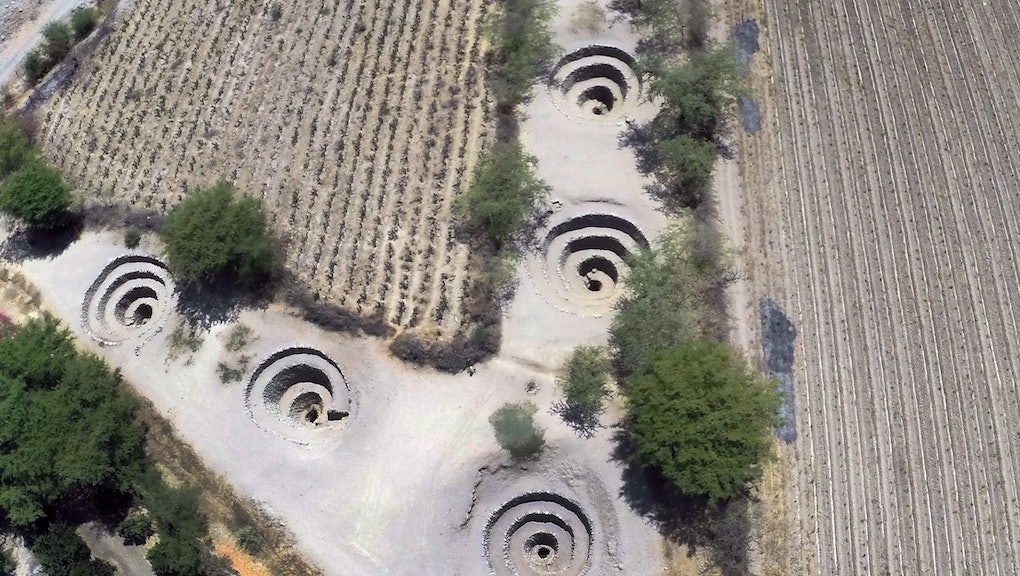 For years, spiral-shaped holes, called puquios, that dot the dry landscape in Nazca, Peru, have confused archaeologists. But now, the BBC reports, a team of researchers using satellite images has mapped out the spread of the puquios, including previously unknown holes.

The puquios are part of a "sophisticated hydraulic system constructed to retrieve water from underground aquifers," Rosa Lasaponara of the Institute of Methodologies for Environmental Analysis, in Italy, who conducted the research, told the BBC. "What is clearly evident today is that the puquio system must have been much more developed than it appears today."

Lasaponara and her team used satellite images to analyze the placement of the puquios and realized the extent to which they moved water throughout the region. There is a system of tunnels underground, connecting the puquios. Each spiral hole pulls air down into the canals, moving the water through the network and bringing it to people who would have used it for both agriculture and domestic life, Lasaponara told the BBC. A more complete idea of how the puquios are connected also gives clues about when they were created, an issue long debated by archaeologists.

Lasaponara's research will be published in Ancient Nasca World: New Insights from Science and Archaeology this year.