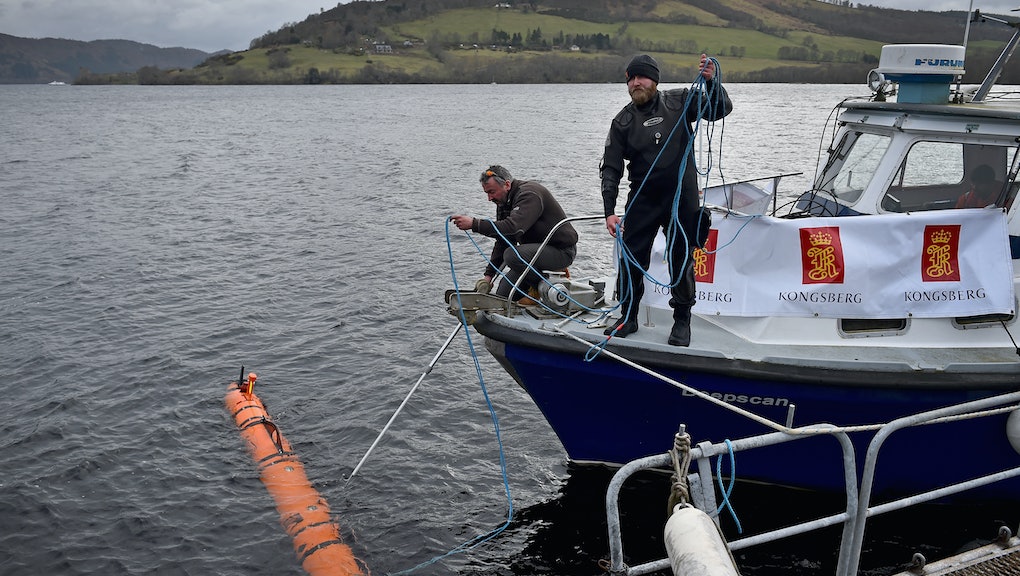 On Wednesday, an autonomous underwater drone surveying Scotland's Loch Ness made an amazing discovery: the Loch Ness monster model from the '70s flick The Private Life of Sherlock Holmes.

The drone is part of Operation Groundtruth, a survey of the Loch led by Kongsberg Maritime Ltd designed to uncover deep-sea mysteries.

The survey led the team to the Bigfoot of the sea using cutting-edge technology. You can see the outline of Nessie below, courtesy of the drone's high-resolution sonar mapping.

Kongsberg Maritime has been surveying the Loch since 1987. Back then, it used "the world's first multi-beam sonar," according to the company. Today's underwater drone — capable of "incredibly high-resolution" mapping of up to 1,500 meters in depth — is a big step toward a more comprehensive understanding of the Loch floor.

"We expect to uncover new information from the Loch during this survey," Craig Wallace, senior subsea applications engineer at Kongsberg Maritime Ltd., said on the company's website.

"Merging the cutting-edge technology from the commercial sector while maintaining the robust reliability from the military market, the vehicle is providing insight to the Loch's depths as never before imagined," he said. "Finding Nessie was, of course, an unexpected bonus!"

Hell yeah. For the conspiracy theorists out there, the lake monster still remains at large.