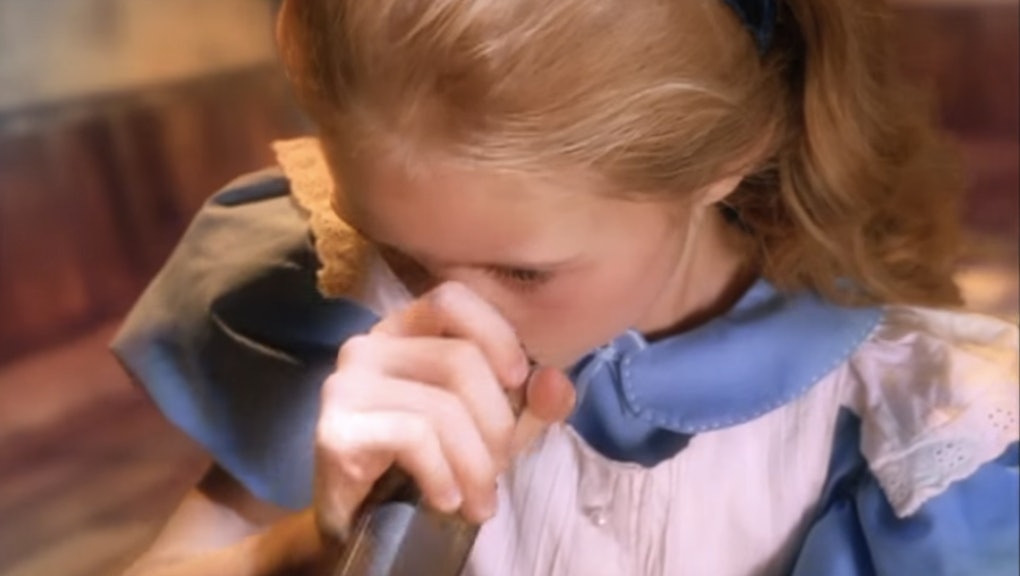 A new anti-gun ad is using the childhood fairytale Alice in Wonderland to show the somber and shocking reality of what happens when children get their hands on guns. In the PSA produced by the nonprofit Brady Campaign to Prevent Gun Violence, Alice gets a hold of a gun and accidentally shoots herself in the face.

"Over one-third of all American households have a gun," a stern voice over intones as Alice crumples to the ground and the music slows to an ominous crawl. "Ask your neighbor: Is there a gun where they play? Asking saves kids."

According to the Washington Free Beacon, the ad came in response to an NRA campaign that reimagined fairy tales if some of their less fortunate characters had been armed. It's interesting reading if you ever considered how Little Red Riding Hood might have changed if she (and her grandmother) had a gun.

And while that may make for some compelling copy, the facts on real gun deaths among children are grim. In December, NBC News concluded that a child had died from guns, either by accident or intentionally, every other day since the Sandy Hook massacre in 2012.

The PSA closes with an invitation to "join us today" and a link to the Brady campaign website.