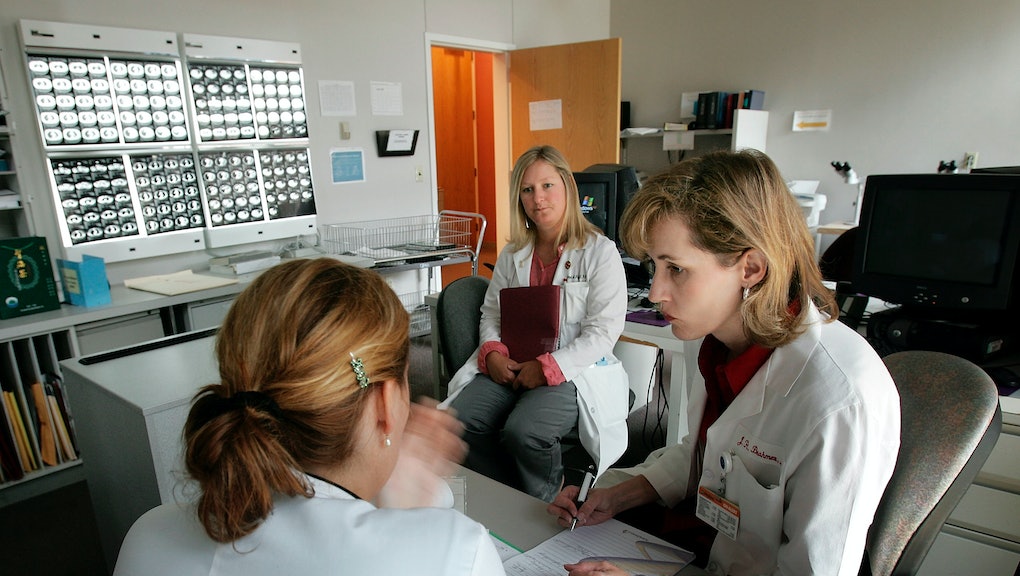 The Scary Reason Many People Get Cancer: Bad Luck

Despite the proven risks associated with fast food, sunburns, cigarettes and lack of physical activity, it turns out that most cancer diagnoses are actually a matter of chance.

A study published in 2015 and conducted by researchers at the Johns Hopkins Kimmel Cancer Center found that "two-thirds of the variation in adult cancer risk across tissues can be explained primarily by 'bad luck,' when these random mutations occur in genes that can drive cancer growth while the remaining third are due to environmental factors and inherited genes."

Basically, most cancer is caused by random gene mutations, which is terrifying. But Cristian Tomasetti and Bert Vogelstein, the researchers behind the study, were anxious to clarify that this doesn't mean there's no rhyme or reason to why people get cancer.

"We emphasize that no single factor causes cancer. Some have misunderstood our research to say that two-thirds of cancer cases are due to bad luck. We want to stress that cancer is caused by a combination of many factors," they explained in an addendum to the original press release from Hopkins Medicine describing the results of their study. "Some risk factors may be outside of our control, but others are not ... We are aware that the idea that a major contributing factor to cancer is beyond anyone's control can be jarring. This doesn't mean that cancer research should be stalled in any way."

So even though the original study suggested that most cancer is caused by bad luck, many other things come into play. For example, all the things we already know are bad for us, like fried food and sun exposure, are contributing factors to those frightening random gene mutations.

Tomasetti and Vogelstein compared their findings to the risks of a car accident: Just because you know a crash can be caused by plain old bad luck doesn't mean you shouldn't still wear your seatbelt, right?