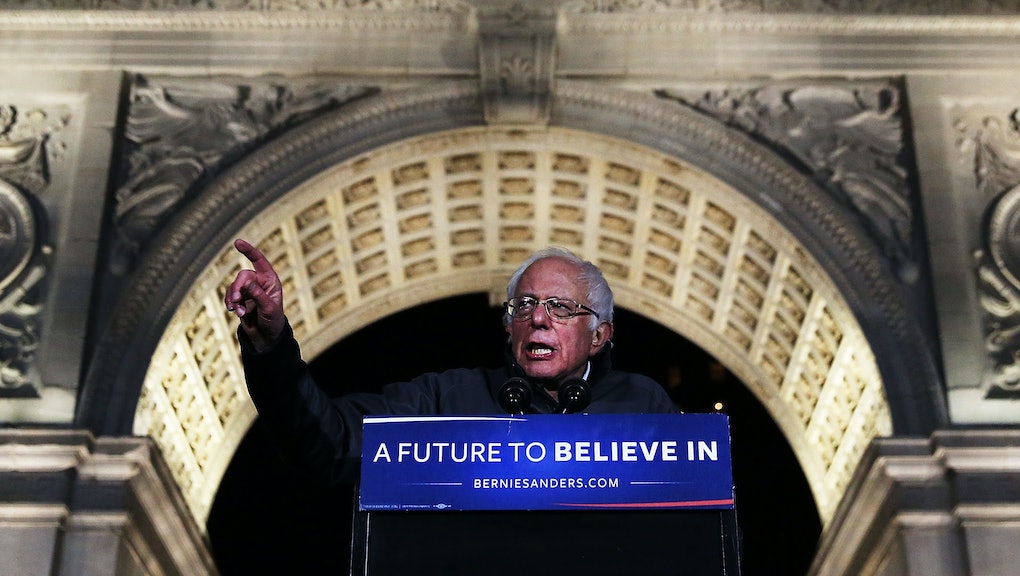 Last night, Bernie Sanders supporters gave the world a taste of some old-fashioned sexism at a rally in New York City's Washington Square Park, where Sanders supporter and health care activist Dr. Paul Song talked about kicking out "corporate Democratic whores" and replacing them with "Bernie-crats."

"Medicare-for-all will never happen if we continue to elect corporate Democratic whores who are beholden to big pharma and the private insurance industry instead of us," Song said while criticizing Hillary Clinton's health care policies, according to Politico.

Many people on Twitter were also outraged, spawning the hashtag #Democraticwhores.

The following morning, Sanders issued an apology on Twitter:

But this wasn't the first time a member of the Sanders campaign has used the term "whore" to discredit and demean Hillary Clinton, if this thread from a Sanders supporter on r/SandersForPresident is any indication. It's also not the first time so-called Bernie bros have been accused of sexist or outright abusive behavior, for that matter.

It's important to note, as a handful of sex workers have on Twitter, that the term "whore" isn't necessarily a slur in itself: in fact, many women embrace the word. But as Clinton supporters and Sanders supporters alike have pointed out, using a term that is typically used to discredit and demean women to discredit a political opponent is not OK — especially if the opponent in question is a woman.