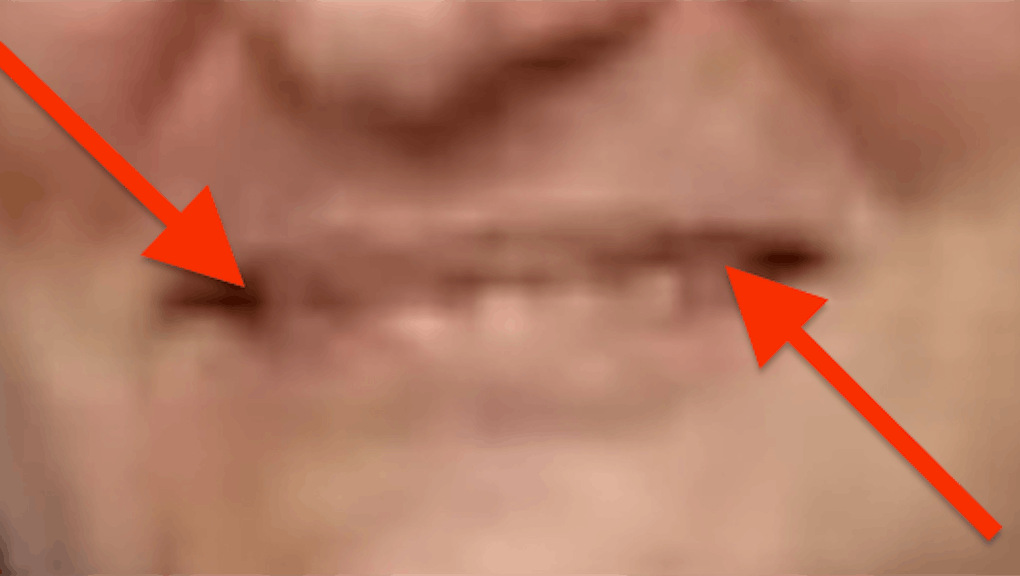 This Photo of Ted Cruz's Mouth Is the New "Dress"

Apologies if you've just had breakfast, but I can't stop staring at this photo of Ted Cruz, tweeted late Wednesday night by Gawker's Ashley Feinberg.

It's not that Cruz looks like a blob fish or Count von Count — clearly he looks more like the villain in this Barbie movie — it's that I earnestly can't tell if what's in his mouth region is a set of teeth or two pursed lips.

Something's clearly not right here. They look like lips, but they're shiny in the shape of irregularly spaced teeth. It really looks like his lips are overlaid over an image of a skull.

How do we get to the bottom of this? Let's pull some CSI shit and ~enhance~.

Cruz always looks like he smells something bad, and it's possible that his nose is pulling up the corners of his mouth to reveal a flash of tooth. Could that be the case? Let's zoom in even more.

Here, the image is clearer. Look at the corners of Cruz's mouth. There's a clear horizontal line going through the middle of it.

Case closed. These are just tightly sealed lips with the fat-marbled glean of a slice of corned beef.

So what causes the tooth effect? Either the light's hitting his lips in a way that makes them look like teeth, or Cruz's mouth is speckled with something white and creamy.

Wait, hold up. I was kidding.

Turn off your phone, run to the nearest gas station, douse it in gasoline, light it on fire, grab your passport, flee the country — the customs agents en route to Montreal are very nice — and never eat cream of mushroom again.