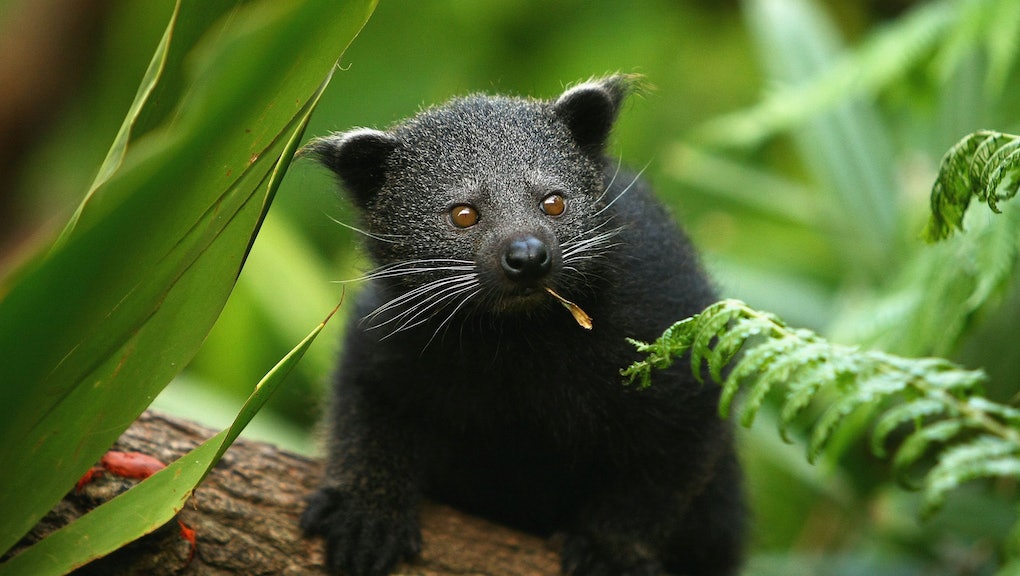 Meet the bearcat (also called the binturong), a small, shy, bushy-tailed mammal ... that also happens to smell exactly like buttered popcorn. People who've spent time around these little critters have likely noticed their familiar odor, but a new study published last week nails down exactly why bearcats smell so much like they hang out in movie theater lobbies.

It turns out that "the chemical compound that gives freshly made popcorn its mouthwatering smell is also the major aroma emitted by binturong pee," according to a release from Duke University. That's right: The smell doesn't come from the bearcat's scent glands, as previously suspected; it comes from urine. Hot, buttered popcorn urine.

Despite the nickname, bearcats aren't bears or cats. According to the San Diego Zoo, bearcats are in the family group viverridae, which includes civets and fossas.

Bearcat urine contains a compound called 2-AP (2-acetyl-1-pyrroline), which is also released by popcorn, toasted bread and cooked rice. When bearcats pee, they stomp their little feet in it and drag their tails around in their urine, spreading out the scent, which also intensifies over time.

"The fact that the compound was in every binturong we studied, and at relatively high concentrations, means it could be a signal that says, 'A binturong was here,' and whether it was male or female," said Lydia Greene, a graduate student at Duke University and the study's co-author.