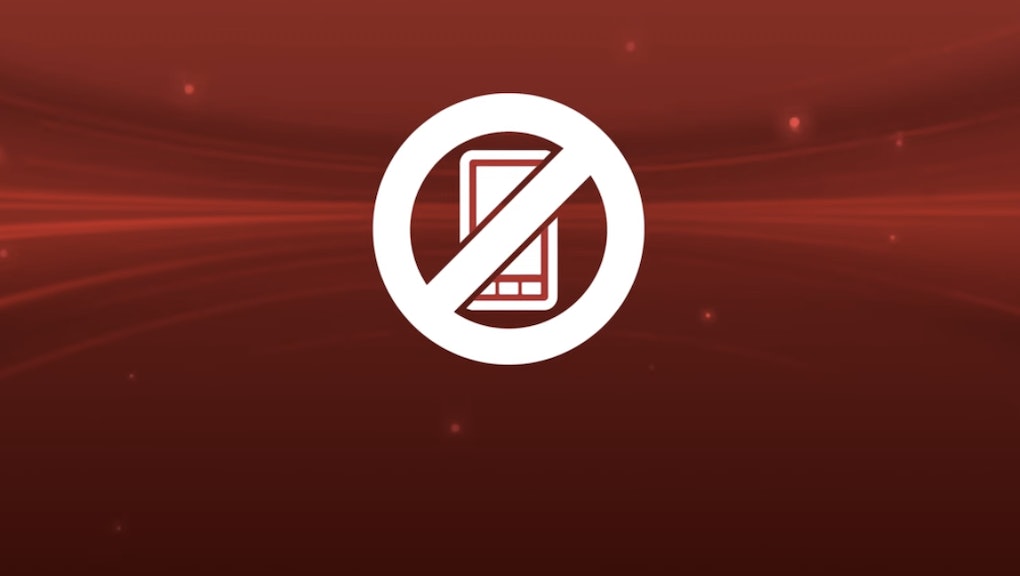 In Defense of Texting in Movie Theaters

Raise up your phones in protest, America. The time to text and tweet in movie theaters is here.

The AMC Theatres chain is reportedly looking into allowing for "texting-friendly" movie theaters. Such a policy would, in essence, establish theaters that are safe havens for digital natives uninterested in disconnecting for the couple of hours it takes to watch a movie.

"We need to reshape our product in some concrete ways so that millennials go to movie theaters with the same degree of intensity as baby boomers went to movie theaters throughout their lives,"AMC CEO Adam Aron told Variety. "You can't tell a 22-year-old to turn off their cellphone. That's not how they live their life."

Read more: AMC Could Allow Moviegoers to Use Cellphones Inside Theaters to Appeal to Millennials

In an email statement to Mic, Ryan Noonan, AMC's director of corporate communications Ryan Noonan clarified that while the company is indeed looking into the idea, it's in its infancy. "Given that so many of today's moviegoers are passionate about preserving the purity of watching movies undisturbed in our theaters, there is no specific time frame as to when we might introduce such a test, if ever," Noonan said.

But why wait? The problem Aron identifies in his interview isn't going away — in fact, it's only going to get worse. Separate texting-friendly theaters may not be the solution, but the quicker theater chains start breaking down the idea that being on your phone during a movie is anathema, the better.

The case against texting in a movie theater isn't a very long one: It's all about not distracting other moviegoers. When cell phones first came about, theaters worried about talking on them. Slowly, that warning morphed into one about texting. While there's no loud component to texting, the glare of a phone's backlight is disruptive.

Certainly, banning talking on a cellphone is a smart policy, just as banning talking during a movie is. Everyone can get behind such a policy, because it's common sense. Those who don't — think the woman behind the voicemail in that viral Alamo Drafthouse warning from 2011 about using your phone — are seen as unreasonable, acting beyond the pale.

But read this Entertainment Weekly report on that viral video. The writer indicates that the Alamo Drafthouse "has a strict no-talking policy dating back to 1997, and also prohibits patrons from texting." At the time — less than five years ago — prohibiting texting wasn't yet the norm. In the video itself, the woman who leaves the voicemail even says she texted in other theaters without problem. It was extraordinary for the Drafthouse to ask it, despite texting being around for years.

There's one good reason for this: Texting presumably creates no noise, unless you're someone who keeps the typing sound on their iPhone activated (in which case you are a monster independent of where you're texting). When the glare became an issue, texting — or tweeting, or doing anything on your phone — became an unholy act.

There's plenty of reasons to get on your phone, though. Recognize an actress and can't remember where you know her from? IMDb is a click away. See something that reminds you of a friend or loved one? You can reach out to them immediately. Plus, think of the live-tweeting opportunities. Second-screen experiences have been enormously successful in driving up TV viewership, and almost half of all phone and tablet owners use them while watching shows.

The sooner theater chains start breaking down the idea that being on your phone during a movie is anathema, the better.

As it stands now, texting just anywhere in a movie theater is wrong. It is indeed disruptive. And establishing separate texting-friendly theaters also feels like a non-starter: Moviegoers who need to go to a movie at a specific time might be forced into a phone-laden theater.

But what if theaters established specific rows for phone activity in the back of theaters, as Variety critic Guy Lodge suggested on Twitter?

If two rows of a 20-row theater served this purpose, only 10% would become full of backlit screens, and the other 90% would remain completely unaffected. Sure, as Lodge says, some may disregard the policy, but that's what enforcement from ushers and theater personnel is for. At the very least, it would curb the problem, if not eradicate it.

This plan can't be applied wholesale, of course; Broadway theaters need to stay phone-free because any kind of action could disturb the actors. But it is an effective idea for movies, and deserves a shot.

Using one's phone in theaters will always bother cinematic purists. They'll harrumph that a moviegoer is ruining their own experience, even if specialized texting rows or auditoriums keep it from bothering them. But not every audience member is created equal; enjoyment of film in a single-screen format is not the best way for everyone.

So no, AMC's plan isn't quite right, and no, texting wildly in theaters isn't OK. But there are ways to break down the stigma against phone use in movies — and like it or not, that may be theater chains' best chance of growing.

Friday, April 15, 10:05 a.m. Call off the phones-in-theaters revolution, America: AMC has announced they won't be instituting texting in theaters.

While this puts any sort of change on hold, moviegoers seemingly won't be upset. Mic took a non-scientific poll of readers about whether they'd want texting in theaters. The results were, well, decisive.