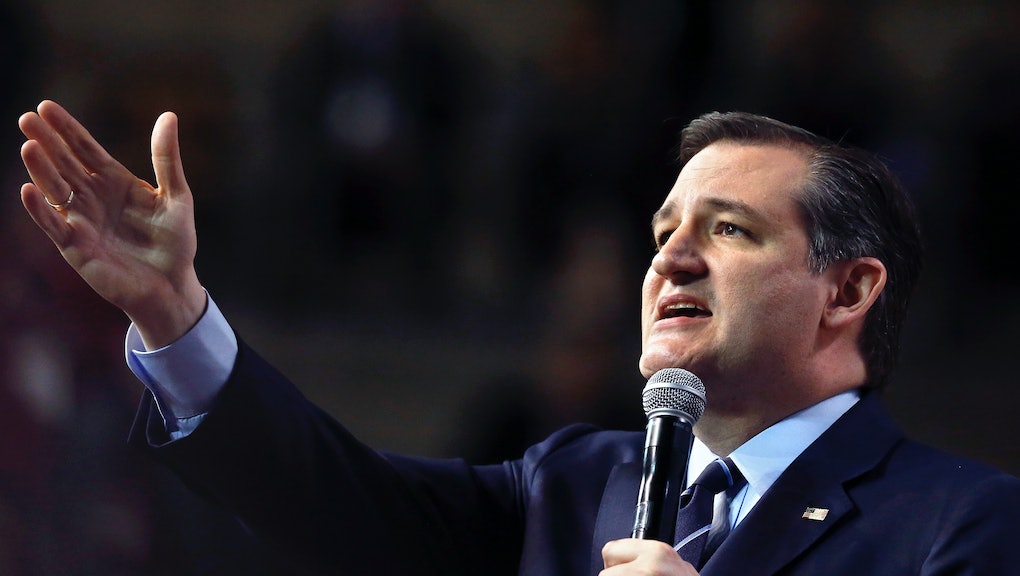 This is the stuff of nightmares: Ted Cruz baring all the leg in lingerie and a boa. But according to his daughter, it's an ensemble he's donned before — and she should know, as she selected it for him. As Mediaite reported, the Cruzes sat down Wednesday night with CNN's Anderson Cooper during a family town hall; Cruz discussed hijinx from a recent father-daughter picnic he'd attended with his eldest daughter, Caroline.

"She got to dress up daddy in a pink boa and these like, big goofy-looking underwear," Cruz told Cooper before his daughter cut him off.

"It was on a video tape the whole time," she said, "and now it's a class video that they're sending out to all the parents."

Obviously, if this footage is shared with a classroom's worth of parents, it's going to end up on the internet — no one will be safe from the image of a scantily clad, feather-trimmed Cruz flaunting his dad bod with abandon. Must be those corrosive "New York values" the liberals are always pushing, with their gender fluidity and sex positivity. But indulging in a little light drag? Perhaps Cruz's masculinity is not so fragile after all.