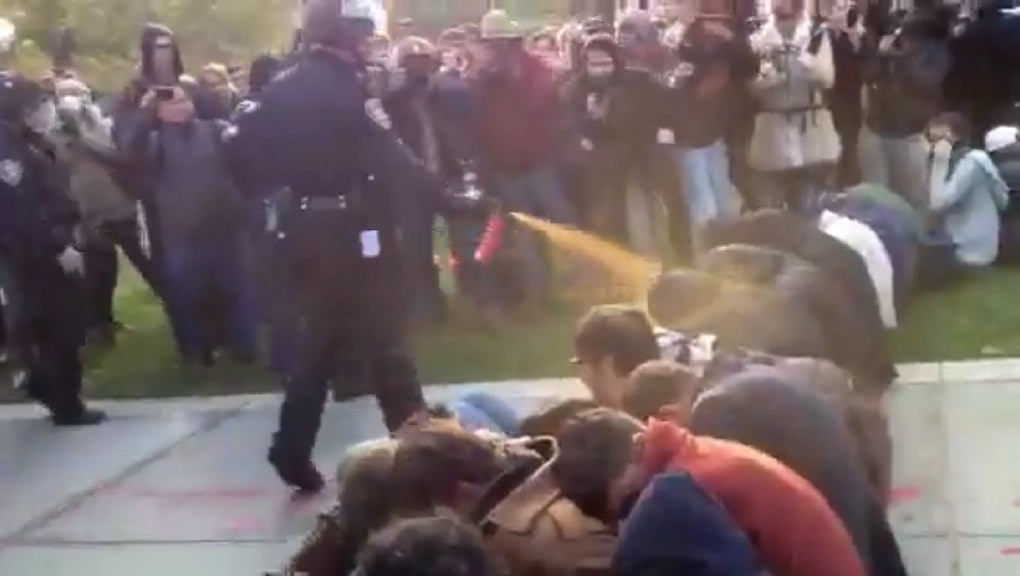 UC Davis Paid at Least $175,000 to Erase Pepper Spray Incident From the Internet

In 2011, University of California, Davis police pepper sprayed a group of protesters during a peaceful Occupy movement protest. The image of the police pepper spraying the protestors quickly went viral. However, university administrators apparently would like nothing more than to forget the incident ever happened.

According to the Sacramento Bee, the university has spent at least $175,000 in the hopes that consulting companies can help remove negative images and references about the school and Chancellor Linda P.B. Katehi from the internet, in order to rebuild UC Davis's reputation.

"We have worked to ensure that the reputation of the university, which the chancellor leads, is fairly portrayed," UC Davis spokeswoman Dana Topousis told the Sacramento Bee. "We wanted to promote and advance the important teaching, research and public service done by our students, faculty and staff, which is the core mission of our university."

The details on two contracts were revealed this week: In 2013, UC Davis drafted a proposal with Nevins & Associates, a public relations firm in Maryland, for a six-month contract. In 2014, marketing agency IDMLOCO was tasked to "design and execute a comprehensive search engine results management strategy" for $82,500.

"Nevins & Associates is prepared to create and execute an online branding campaign designed to clean up the negative attention the University of California, Davis and Chancellor Katehi have received related to the events that transpired in November 2011," the proposal with Nevins & Associates stated.

Read more: 'The O'Reilly Factor' Tackles Why College Students Are Such "Sensitive Individuals"