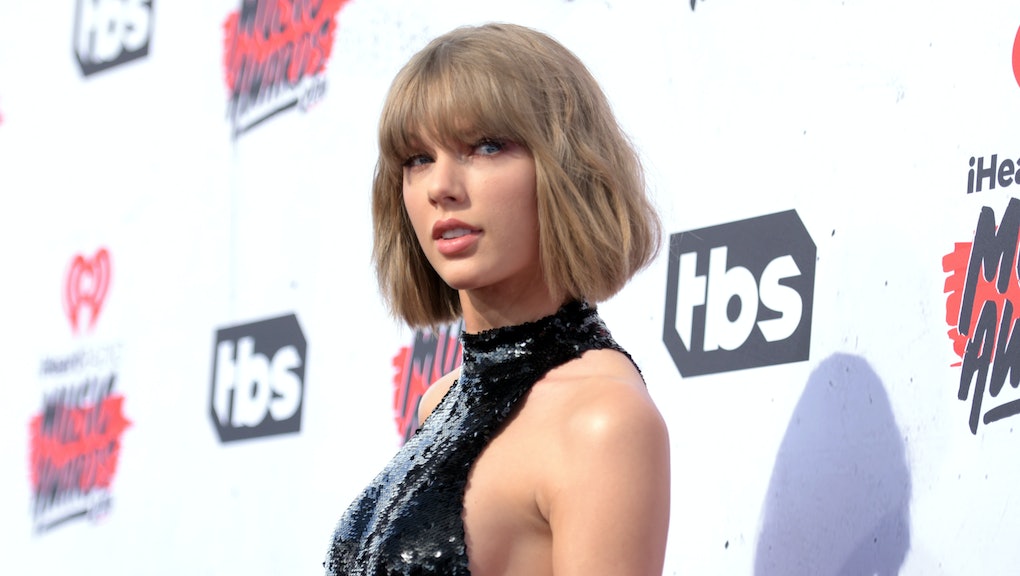 Remember the Taylor Swift of, like, five years ago? The one whose prolific output of pop-country breakup tunes earned her the reputation of being "boy-crazy" and a "psycho serial dater"? Of course you do, because she wrote a very good song about it.

In case you were wondering how she feels about that whole era, she has confirmed her stance in a new interview with Vogue: She is not a fan.

You know, I went out on a normal amount of dates in my early 20s, and I got absolutely slaughtered for it. And it took a lot of hard work and altering my decision-making. I didn't date for two and a half years. Should I have had to do that? No.

Taylor's word choice of "slaughtered" is very dramatic and songwriter-y and also evocative of the classic 1969 novel Slaughterhouse Five by the late Kurt Vonnegut, but that's neither here nor there. What is here and there is that her quote totally highlights a sexist double standard in how the media treats men and women who sleep around. As the wise Christina Aguilera sang in 2002, "the guy gets all the glory the more he can score, while a girl can do the same and yet you call her a whore."

Swift followed up her Slaughterhouse Five comment with a mention of her Grammys speech from earlier this year, in which she encouraged young women to ignore men who try to belittle their accomplishments.

"I guess what I wanted to call attention to in my speech at the Grammys was how it's going to be difficult if you're a woman who wants to achieve something in her life," she told Vogue. "No matter what."