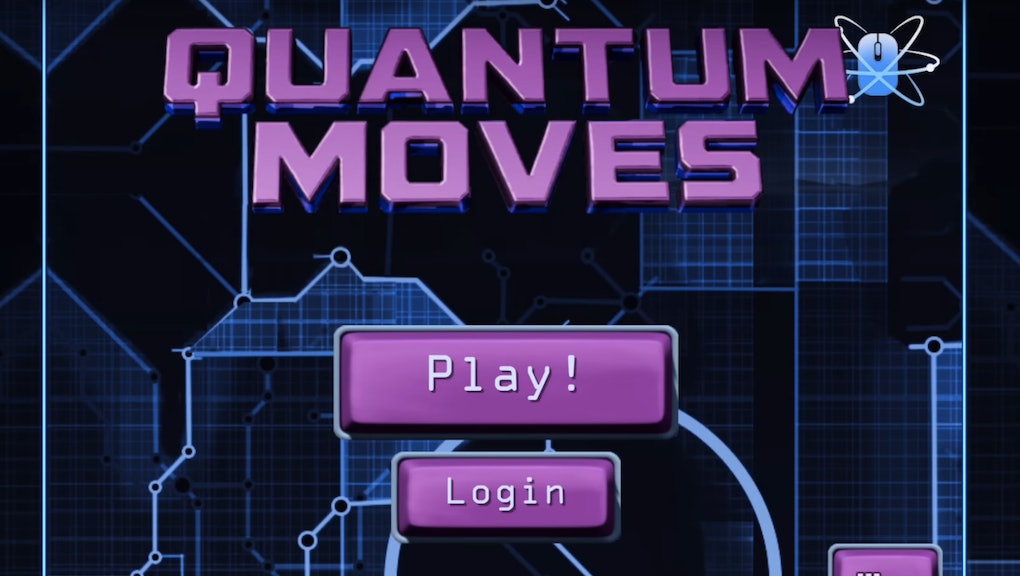 Just by Playing This Game, You Can Help Scientists Work Through Quantum Physics Problems

In the 1985 military sci-fi novel Ender's Game, a boy genius is put through a series of video game-like battle simulations only to find out — spoiler alert — that the whole time, he's been commanding actual troops in a real war, and winning. But even if we're not going to give 10-year-olds control of our fleets, we can let them use video games to try to tackle the greatest scientific dilemmas of our time.

The gameplay is so similar to the way actual scientific equipment (called "optical tweezers") operates that researchers can copy the techniques of top gamers.

"We show that human players are able to find solutions to difficult problems associated with the task of quantum computing," the research team wrote in a paper published in Nature. "Players succeed where purely numerical optimization fails, and analyses of their solutions provide insights into the problem of optimization of a more profound and general nature."

In other words, using this game, humans are even better at solving quantum physics dilemmas than artificial intelligence is.

Spoonful of sugar: For the past decade, social scientists and business gurus have been pitching the concept of gamification — the idea that you can get people to excel at any task if you just add game design elements, like points systems and leveling-up.

This isn't the first time scientists have gamified research so that the masses could work together to make scientific progress. Foldit is a protein-folding game that lets people explore possibilities in protein structures, and Eyewire is a game that lets you explore — and help map — the human brain.

All of these games are still playable. Quantum Moves is even available for iOS and Android, if you're ready to beat cool video games on behalf of mankind.