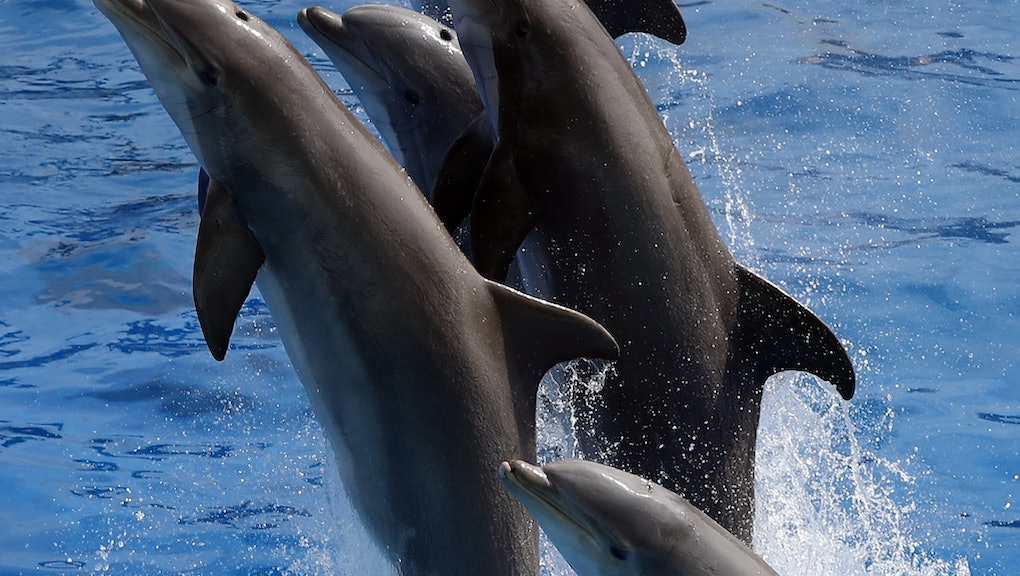 Documentary About Man's Romantic Relationship With Dolphin Is Now Online

Dolphins are sexually aggressive mammals, both toward their own kind and toward humans. Just look at Malcom Brenner. He was "lured" into a man-on-dolphin relationship by a persistent porpoise, Dolly. Their affair is the subject of the documentary Dolphin Lover, which is available on the internet for your viewing pleasure.

Read more: This Is Why Deep Sea Creatures Didn't Die With the Dinosaurs After Asteroid Impact

Brenner was contracted by a writer to take photos of Dolly at Floridaland, a now-closed theme park in the Sunshine State. He was not immediately interested — she pursued him, Brenner claims. "Her courtship, as it proceeded, got more vigorous and intense," Brenner said in the documentary. "She would rub her genital slit against me, and if I tried to push her away, she would get very angry with me," going so far as to drag him down to the bottom of her pen when he once refused her masturbatory advances.

Brenner admitted his feelings for Dolly only reluctantly, although he'd known he was a zoophile — "someone who has tender or caring emotions for their animal partner" — since childhood. When he realized Dolly was a fully consenting dolphin, he decided to act on what he identifies as mutual love. On his final visit to Floridaland, right before the park was shuttered for good, the pair finally consummated the relationship.

Brenner fictionalized the affair in Wet Goddess: Recollections of a Dolphin Lover, a novel in which student Zach Zimmerman is ensnared by Ruby, a performing porpoise at Florida Funland who draws him "deeper and deeper into her wet, wild realm of sensual abandon and unexpected violence." Dolphin Lover, directed by Joey Daoud and Kareem Tabsch, won both the audience and jury award for best documentary short at the Los Angeles Film Festival last year. Watch below and feel the love.