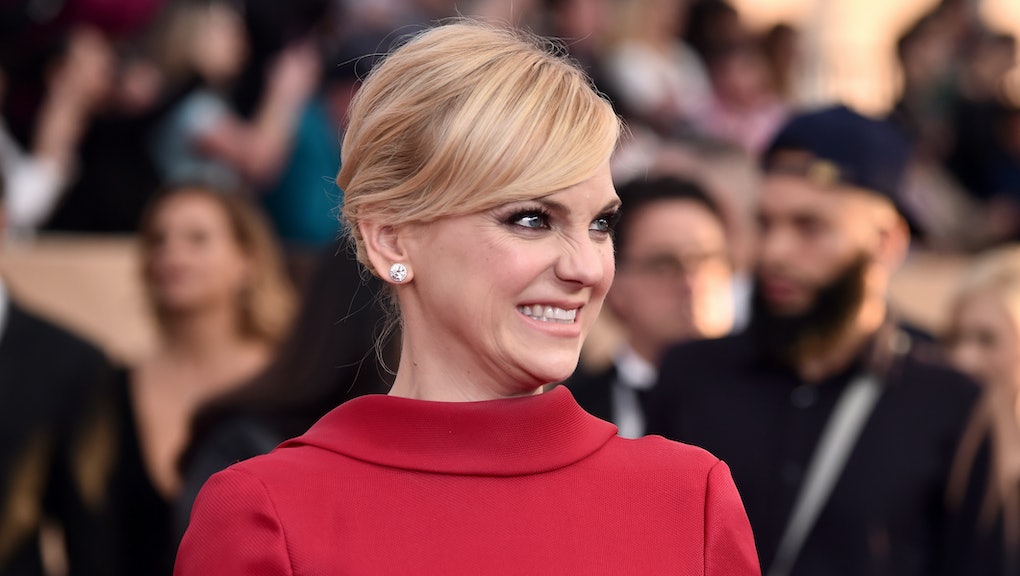 What Happens to Your Vagina After Childbirth? Anna Faris Knows — And It Ain't Great!

Before getting pregnant, many women — Rihanna among them! — can't help but wonder: WTF is childbirth gonna do to my vag?

Well, here are some clues. Actress and house bunny Anna Faris recently discussed the topic at length with Olivia Munn in an episode of her podcast. Below, an abridged transcript of their conversation:

Munn: "What happens to your vagina? Because I have heard horror stories..."

Based on that dialogue, it would seem that pushing a human baby out of a human vagina can indeed result in something akin to the wreckage after an explosion.

Obviously, this sounds terrifying. But is that actually what happens to women's vaginas after giving birth? And, if so, does it happen to everyone?

One gynecologist told Fusion in October year "most people do" experience vaginal tearing, though it's easily addressed with dissolvable stitches. Additionally, a 2012 Cosmopolitan article features the sage wisdom of gynecologist Marjorie Greenfield, author of The Working Woman's Pregnancy Book. She said that while the vagina does typically widen during delivery (and will likely never regain its pre-partum tightness), it will eventually recover.

Your pelvic muscles will get stronger and tighter over time, and you can help that along by doing Kegel exercises. What you can't change is the more open appearance of your labia. Before childbirth, your lips tend to cover the vaginal opening, but afterward, they'll be more parted.

That doesn't sound so bad!

By the end of the podcast, Munn and Faris shifted gears to talk about how to avoid the messiness of vaginal birth altogether.

"We should have been given more holes in general," Faris joked. Munn then contemplated the benefits of cesarean section births before wondering aloud if it would be OK to ask a doctor, "Can you grow my baby in a mason jar?"