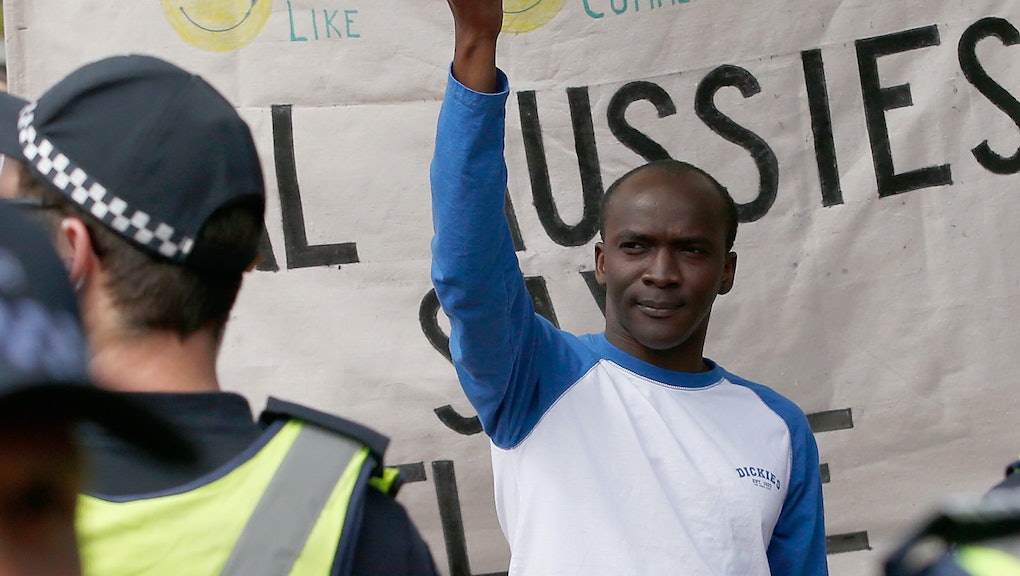 What Is "Reverse Racism"? Here's Why It Doesn't Actually Exist in the United States

Clearly, these few examples demonstrate "reverse racism," or the discrimination against members of a dominant racial group. Right?

"Things like BET, Black Girls Rock or Black History Month are not reverse racist against white people," Zeba Blay, a Huffington Post Black Voices writer, illustrates in a video. "Because remember, in a society where white is seen as the default race, all history is white history. But racism isn't just someone feeling superior to another race and then discriminating against them."

Racism and prejudice aren't quite the same thing. Racism, rather, is best known as a system in which a racial majority is able to enforce its power and privilege over another race through political, economic and institutional means. Therefore racism can be described as "prejudice plus power," as the two work together to create the system of inequality.

"To be guilty of racism, however, to be a racist, say the revision proponents, one must have power, and power of a special sort," Carlos Hoyt Jr, who is an assistant professor of social work at Wheelock College, wrote in The Pedagogy of the Meaning of Racism of those who would like to change the dictionary definition of racism. "For the revisionists, racism is prejudice plus power leveraged at an institutional level to maintain the privileges of the dominant social group."

Most of the time, when the term "reverse racism" is brought up, it is in response to a slight that a member of the dominant group perceives has happened.

But in reality, the United States has a long legacy of racism that makes it difficult for people of color to receive quality health care, access affordable housing, find stable employment and avoid getting wrapped up in the justice system. These examples of institutionalized racism don't quite match with the examples of reverse racism, such as "Why don't WE have a White History Month?"

"There has never, ever, ever been a national set of laws or system put in place to systematically oppress white people or push them to a status that is 'less than,'" senior editor Alexia LaFata wrote for Elite Daily. "Not once. Ever. So 'reverse racism' can truly never exist."